Animal wakes up on the rubble: Ukrainian dog does not want to leave killed owner

Loyalty beyond death: in the Ukrainian city of Dnipro, four people from a family are killed in a Russian rocket attack. 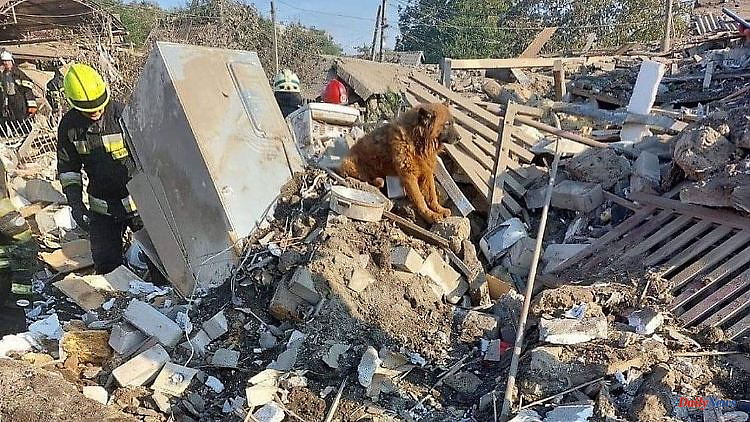 Loyalty beyond death: in the Ukrainian city of Dnipro, four people from a family are killed in a Russian rocket attack. When rescue workers arrive at the completely destroyed house, they find the family dog ​​standing guard over the rubble.

The image of a Ukrainian dog lying on the rubble of his home is currently circulating on social media. The photo was shared by the mayor of the Ukrainian city of Dnipro Boris Filatov. According to him, the owners of the four-legged friend died in a Russian missile attack.

"The crater, which you can all see in the photo, is about eight by ten meters in size," Filatow wrote on Facebook about the picture. "People were literally torn to pieces. Grandmother Alla, mother Natasha, daughter Vasilisa and son Ivan." Some of their remains were found on the roofs of their neighbors. "And when the rescuers came, the old dog Krim sat on the ruins and howled."

Video from rescuers shows the dog standing stoically in the rubble, eyes teary. According to Filatow, the four-legged friend is deaf and blind and was later taken to an animal clinic, where he was cared for. The watery eyes are probably not a sign of sadness, but were caused by the dust that was thrown up.

Filatow's statements cannot be independently verified. But First Lady Olena Zelenska and the Communications Center of the Ukrainian Ministry of Culture and Information also commented on the photo. Accordingly, four-legged Krim was the older of two dogs in the family. The puppy Jack is also said to have died in the explosion. Krim got his name because he came from the annexed peninsula as a stray and was adopted by the family.

The only survivor of the accident is the father of the family, the authority writes on Twitter. Accordingly, he serves in the Ukrainian army and came home on the day of the rocket hit. There he only found the rubble of his house and his dead family.

There are already several artistic renderings inspired by the iconic photo on the internet. They show the dog Krim and his owners, who live on as ghosts. 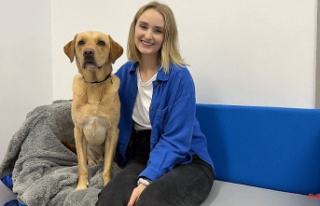 Hit rate of 94 percent: Dogs smell when people are...