Authorities are looking for a motive: the shooter from Copenhagen was known to the police

The bloody deed in Copenhagen leaves many questions unanswered. 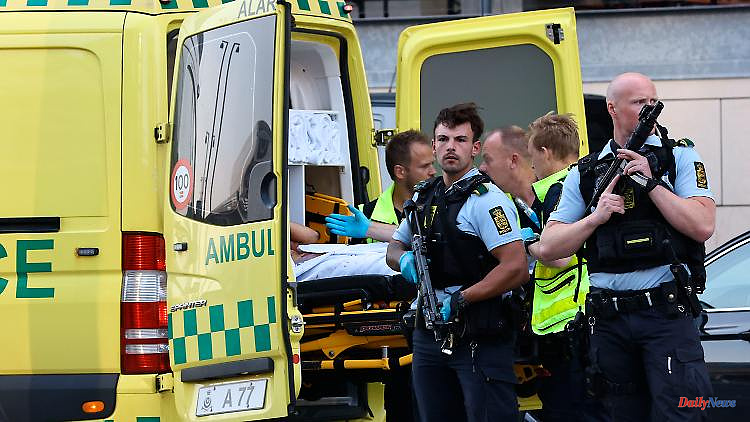 The bloody deed in Copenhagen leaves many questions unanswered. Police are looking for the motive of the man who killed three people and seriously injured several others in a shopping center. In any case, he is not unknown to the authorities.

After the bloody crime in a Copenhagen shopping center with at least three dead, the Danish police are looking for the background to the crime. "We do not yet know the motive, but I can assure you that the authorities are doing everything they can to clarify this case and that those responsible can be prosecuted," Justice Minister Mattias Tesfaye told the Ritzau agency.

Police chief inspector Søren Thomassen gave no information on the possible motive. There is speculation about a racist background on social media, he said. There is currently no evidence of this. The police arrested a 22-year-old Dane in connection with the crime. The suspected shooter was "basically known" to the police, said Thomassen. It is not about a person “that we know particularly well”.

According to local media, Thomassen said the victims were a man between the ages of 40 and 50 and two young people. Three other people were seriously injured and in critical condition. At first, the police did not give the exact number of victims.

Police believe the perpetrator acted alone. "Until we are absolutely certain that the hypothesis is correct, we will conduct a wide-ranging investigation and maintain a massive operational presence in Copenhagen," Thomassen said. The man had a gun and ammunition with him when he was arrested. Another weapon may have been involved. Gunshots can be heard on amateur video from inside the building. Others show a man walking past shops with a long gun in hand.

The arrested person is to be questioned this Monday. He will be charged with manslaughter. However, the allegation could still change. The police initially did not want to say whether the man was a member of a rifle club and whether he legally owned the gun.

The Danish royal family called for cohesion. "The situation requires unity and care, and we thank the police, the emergency services and the health authorities for their quick and effective action during these hours," said a statement from Queen Margrethe II and the crown prince couple - Frederik and Mary. The royal family was shocked by the "shocking news". "Our thoughts and deepest sympathy are with the victims, their families and all those affected by the tragedy."

After the fact became known, the royal family had already canceled a reception with Crown Prince Frederik. Danish Prime Minister Mette Frederiksen condemned the act as a "cruel attack". She called on the people of the country to stick together and support each other. "We were all brutally ripped out of the bright summer we had just begun," said Fredriksen. "It's incomprehensible. Heartbreaking. Pointless. Our beautiful and otherwise safe capital city has been transformed in a split second."

Emergency services cordoned off the entire island of Zealand, on which the Danish capital is located. Several roads and highway exits were closed. In order to have more forces available to investigate the bloody deed, soldiers took over guard duties from the police. The authorities set up a place where eyewitnesses could give their testimony and receive psychological support.

A performance by British singer Harry Styles at a nearby concert hall was also canceled. The concert organizer Live Nation announced that this was done on the orders of the Danish police. It is unclear whether the show will be rescheduled. "We are all devastated by the events of the day and our thoughts are with the victims and their families." It is assumed that many concertgoers stayed in the shopping center just a few hundred meters away, for example to eat something.

1 "Tatort" and "Polizeiruf 110":... 2 North Rhine-Westphalia: arsonists in Bonn on the way:... 3 Baden-Württemberg: Man jumps into the river on the... 4 Mecklenburg-Western Pomerania: Rain reduces the risk... 5 Hesse: Barn and house on fire: 300,000 euros in damage 6 Saxony-Anhalt: motorcyclist dies after a collision... 7 Valence and Romans-sur-Isere The Agglo launches its... 8 Mecklenburg-Western Pomerania: Fire in a semi-detached... 9 Ardeche. Mobylette, vinyls, and vintage at Joannas:... 10 High mountains. Gap Festival Committee: 13 events... 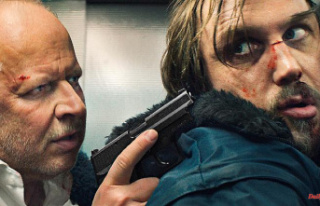