At the end of July, investigators in Hesse found the body of a missing student. 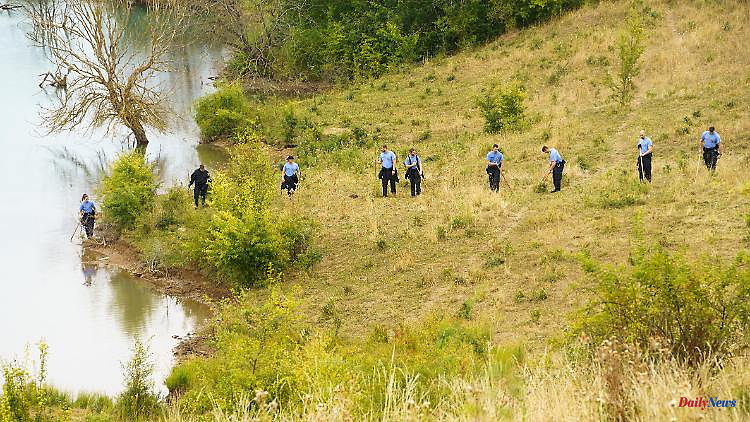 At the end of July, investigators in Hesse found the body of a missing student. A 29-year-old suspect denied the crime for a long time, now he admits killing the girl. The already convicted sex offender was under supervision for years. However, this ended at the beginning of the year.

The suspect arrested in the Ayleen murder case confessed to killing the 14-year-old from Baden-Württemberg. According to the police and public prosecutor's office in Gießen, the 29-year-old man, who had already been convicted as a sex offender as a teenager, led the investigators to the crime scene and to the victim's discarded clothing in the area of ​​a dirt road in the Gießen district.

The clothing is currently being examined for trace material in the Hessian State Criminal Police Office. The confession was preceded by extensive investigations by the 30-strong special commission and the Gießen public prosecutor's office. Since the Hessian authorities took over the case in August, witnesses have been questioned, a large number of leads evaluated and forensic and digital forensic examinations carried out.

Ayleen disappeared on July 21 in Gottenheim in the Breisgau-Hochschwarzwald district in Baden-Württemberg and was found dead in a lake around 300 kilometers away a good week later in the Wetteraukreis in Hesse. On the same day, special police forces arrested the 29-year-old suspect in Friedrichsdorf near Frankfurt am Main.

The investigators assume that the young people left their home town alive and were only killed in Hesse. According to authorities, the suspect and Ayleen met online. For tactical reasons, the police and the public prosecutor's office are currently not providing any further information on the history of the crime, the exact circumstances of death and the motive.

The suspicion against the man is based primarily on the evaluation of mobile phone, cell phone and GPS data. This enabled the investigators to create a movement profile of the accused and get an idea of ​​the alleged course of the crime. Ayleen's personal belongings were also found in his apartment.

The suspect initially denied the crime. Based on the results of the investigation and the burden of proof, he admitted to the investigators on Friday during an interrogation lasting several hours that he had caused the death of the young people in the night of July 21 to 22 through physical violence and then sunk the body in Teufelssee near Echzell .

Three girls reported the 29-year-old in the first half of 2022. In addition to an already known case of a 17-year-old in Hesse, two 14-year-olds have also filed a complaint for coercion and sexual harassment, confirmed senior public prosecutor Manuel Jung in Wetzlar. According to investigators, the man had been in a psychiatric hospital for ten years as a teenager for an attempted sexual offense and was under supervision after his release. According to a spokesman for the Hessian State Criminal Police Office, this was ended in court at the beginning of the year. 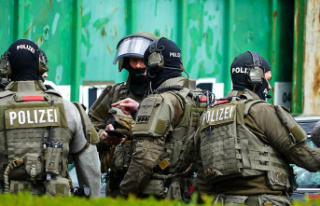 SEK operation in a Munich hotel: a student stages...