Midsummer is just around the corner. 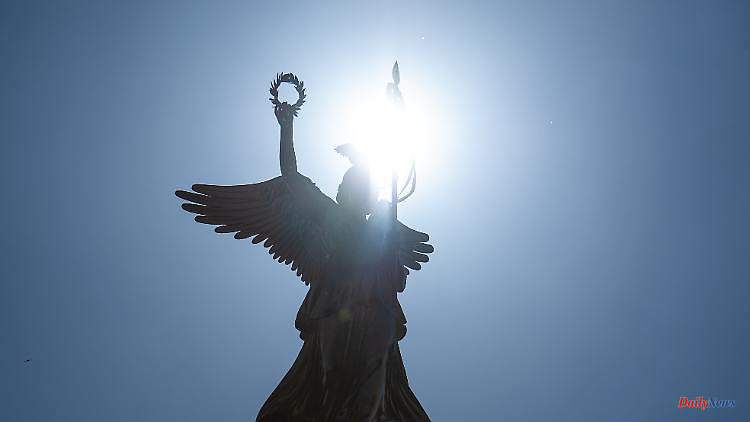 Midsummer is just around the corner. Temperatures in many regions have already exceeded 30 degrees since mid-June. Especially in big cities, the heat can be particularly stressful. Hundreds of people die every year. In the capital there is now a plan against it.

If the apartment doesn't cool down at night, your bare skin burns when you touch the concrete and you're already exhausted by doing nothing, you know: Midsummer is here. For many, the high temperatures can be dangerous: "Every summer, several thousand more people die. In most summers, that's more people than die on the road," says Stefan Muthers from the Center for Medical and Meteorological Research of the German Weather Service (DWD). The heat is particularly noticeable in big cities like Berlin.

"If we continue as before, we will run into a health catastrophe," warns Peter Bobbert, President of the Berlin Medical Association. He is part of a new action alliance that is developing heat protection plans for the healthcare system in Berlin to protect people from the health effects of extreme heat. Because the global climate is changing - and Berlin is feeling the effects of this more and more. But why do city dwellers have an increased risk of suffering from the health effects of heat?

According to Jürgen Kropp, head of the Urban Transformation research group at the Potsdam Institute for Climate Impact Research (PIK) in Potsdam, this is partly due to the so-called urban heat island effect. Concrete stores heat better than natural materials. Because heat always flows from a warmer to a colder system, it is emitted from overheated buildings into the ambient air as soon as the temperatures drop in the evening. Then indoors, but also in large cities, the temperature is generally higher than in the countryside, even at night. During heat waves, the body's chances of recovery are reduced.

In principle, this heat island effect already existed in the past. As the authors of a French study in the "International Journal of Environmental Research and Public Health" mention, more frequent and more intense heat waves increase the risk for city dwellers posed by the effect. This is a direct consequence of climate change.

On its website, the Federal Environment Agency refers to model calculations that predict for Germany that "in the future, heat-related mortality will increase by one to six percent for every one degree Celsius rise in temperature, which would correspond to over 5,000 additional deaths per year from heat by the middle of this year century". According to the Robert Koch Institute (RKI), there is currently no nationwide monitoring system that records the number of heat-related deaths throughout Germany. Some federal states therefore estimate their heat deaths. For Berlin and the surrounding area, the numbers are alarming: Between 2018 and 2020, around 1,400 people died in the capital and in Brandenburg, says the head of the Medical Association, Bobbert.

The heat is life-threatening, especially for older people. They suffer a heart attack, a stroke, die of thirst. "It's a quiet death," says Martin Hermann, CEO of KLUG - German Alliance for Climate Change and Health, which launched the Berlin Action Alliance together with the Senate Health Administration. The doctor presents impressive statistics: "Of all natural disasters, heat claims the most fatalities at 96 percent," says Hermann. The many homeless people in Berlin, pregnant women, infants, small children and those with previous illnesses are particularly affected.

How can these vulnerable groups in big cities be better protected? For Hermann, the answer is obvious: collaboration. Together with Berlin experts, the action alliance developed heat protection plans with checklists for five sectors of the health care system - including hospitals, nursing homes, outpatient care, public health services, fire brigades and disaster control. This is intended to ensure that clinics, homes and medical practices are informed of heat waves at an early stage by means of a functioning warning chain and can take appropriate precautions.

The use of drinking water dispensers or the designation of cool places in the city is also important. The action alliance also wants to create lists of endangered patients. Heat illnesses, heat protection measures and self-protection should also become part of medical training. These measures could already save lives, says the action alliance.

In the long term, the cityscape should also change. "The cities must be provided with vegetation," says PIK Professor Kropp. Because plants - especially trees - evaporate water and thus cool their immediate surroundings. The German Nature Conservation Union (Nabu), for example, repeatedly points out the positive effects of green roofs or facades. Wood construction could also help, says Kropp. Wood is an insulator and does not give off the absorbed heat to the interior as much. This could be used to build office buildings that are higher than 80 to 100 meters.

But first, the general public must first "become aware of the risks," says Hermann. Other European countries are much further along. France learned its lessons from the devastating heat wave in the summer of 2003, which killed almost 15,000 people. For example, the French municipalities have introduced a register of elderly single people who are considered to be particularly vulnerable and then receive help from social services when the heat persists. Town halls offer refrigerated rooms and supplies for those who cannot help themselves.

Around 9,600 people died in Germany at the time due to the extreme temperatures. However, a lasting learning effect apparently did not appear. According to Hermann, the problem is "that the unspoken promise applies in all areas of society: Everything stays the way it is." The Berlin pilot project wants to change that. 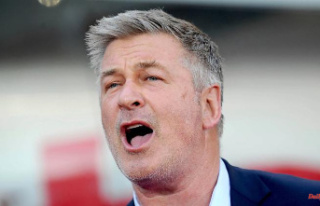