Big party at the Brandenburg Gate: Germany welcomes 2023 with fireworks

For two years, the corona pandemic spoiled the New Year's mood for many people. 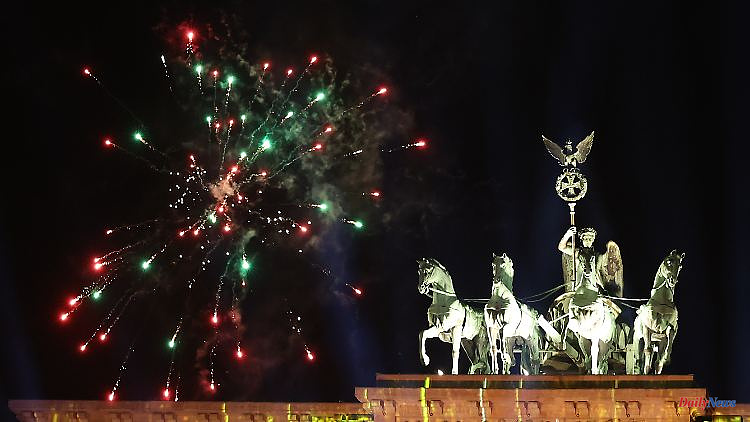 For two years, the corona pandemic spoiled the New Year's mood for many people. Now for the first time there is a big party at the Brandenburg Gate in Berlin. However, there are some changes compared to before.

Germany welcomes the year 2023. Many people celebrate the turn of the year with fireworks in unusually warm weather and strong winds in some places. This time firecrackers and rockets were allowed to be bought again at the turn of the year. In the two previous years, sales were prohibited due to the corona pandemic.

At the Brandenburg Gate in Berlin there will be a New Year's Eve party with an audience for the first time. However, the celebration is much smaller than in previous years - those who wanted to come had to buy tickets beforehand, and instead of their own fireworks there is a light show. With 2500 people, the celebration is still fully booked. Nevertheless, the rush at the Brandenburg Gate was already large in the early evening. Numerous visitors had come without a ticket and were looking for admission.

From 8:15 p.m., ZDF broadcast its show “Welcome 2023” with Andrea Kiewel and Johannes B. Kerner from the gate. Just before midnight, the Scorpions played a new version of their anthem "Wind of Change". Because of Russia's war against Ukraine, they slightly adjusted the text.

1 'Important and necessary': Kim announces... 2 Mecklenburg-Western Pomerania: Many onlookers expected... 3 Mecklenburg-West Pomerania: Last day of the European... 4 Baden-Württemberg: Southwest celebrates the new year 5 Many missions in Berlin: Thuringia loses both forearms... 6 When traveling to Iran: the Office for the Protection... 7 "Dependencies dissolved": import ban on... 8 Many operations in Berlin: 17-year-old dies in Leipzig 9 Controversy over title withdrawal: Queen Margrethe... 10 What will change in 2023 ...: ... in terms of taxes? 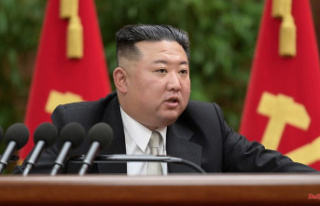