An employee of the Frankfurt public prosecutor's office has to answer in court: The 55-year-old senior public prosecutor, who headed a central office against corruption for years, is accused of bribery in 101 cases. 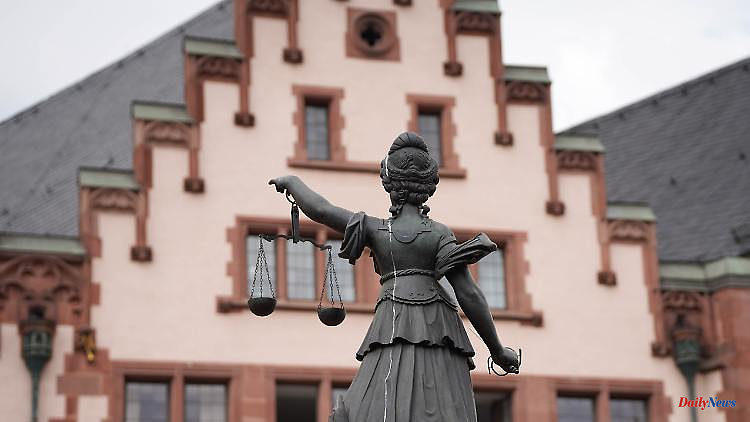 An employee of the Frankfurt public prosecutor's office has to answer in court: The 55-year-old senior public prosecutor, who headed a central office against corruption for years, is accused of bribery in 101 cases. He is said to have given a court report to an entrepreneur.

In a case of corruption at the Frankfurt am Main public prosecutor's office, charges have been brought against the chief public prosecutor who was the main suspect and an entrepreneur friend. The public prosecutor's office in Frankfurt am Main announced that they were accused of corruption or bribery, among other things. The official is said to have helped the entrepreneur to get orders for expert opinions in exchange for money. For many years, the 55-year-old headed the "Central Office for Combating Property Crimes and Corruption in the Health Care System" at the Attorney General's Office and was press spokesman.

Specifically, the senior public prosecutor is charged with 101 cases of continued and commercial corruption, 55 cases of serious breach of trust and nine cases of tax evasion. The 56-year-old entrepreneur is suspected of commercial bribery in 82 cases and subsidy fraud in four cases in connection with obtaining corona aid of over 40,000 euros in 2020.

According to the investigation, the entrepreneur founded and managed a company in consultation with the official in 2005, the business purpose of which was mainly the preparation of expert opinions for judicial authorities. In the past ten years, the company is said to have received more than 12.5 million euros from this and from the reimbursement of other services. The accused officials issued the orders.

Specifically, there is a suspicion that the senior public prosecutor helped the company to obtain service contracts in criminal investigations against doctors and clinics on suspicion of billing fraud, it said. In return, the entrepreneur is said to have passed on part of the proceeds to the officials. In the period from August 2015 to July 2020, which is not yet statute-barred, payments of almost 280,000 euros are said to have been made to the officials. He is also accused of having received further corruption money of at least 66,000 euros from those responsible for another company that was commissioned with the forensic data analysis in investigations.

The officer is also suspected of tax evasion. He is said to have failed to declare the bribe payments made to him and the income from renting out a property to the tax authorities, thereby evading taxes of over 185,000 euros.

With the indictment, the public prosecutor's office in Frankfurt am Main also requested that the accused's income be confiscated. After their arrest in July 2020, both men were in custody until mid-September 2020. After his release from prison in the meantime, the officer was arrested again at the end of January 2022 on the basis of a new arrest warrant from the district court in Frankfurt am Main and has been in custody again since then.

1 "I love my country": Anna Netrebko raves... 2 The day of the war at a glance: Russians advance in... 3 The West must be prepared for a "long-term war... 4 Eastern Pyrenees Murder near Perpignan: The victim's... 5 Service canceled: Queen feels "some discomfort"... 6 Royalty. Elizabeth II's Jubilee - The Queen will... 7 With the next Corona wave: Scholz does not want any... 8 After Erdogan's announcement: Moscow warns Turkey... 9 North Rhine-Westphalia: "Who steals the show... 10 SOCCER. Coupe de France: Bourgoin and Villefranche... 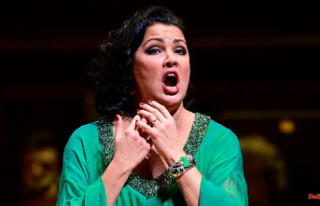