After Monet and Van Gogh, Andy Warhol now has to believe it too: in Canberra, Australia, activists are sticking to the pop artist's famous "Campbell's Soup" screen prints. 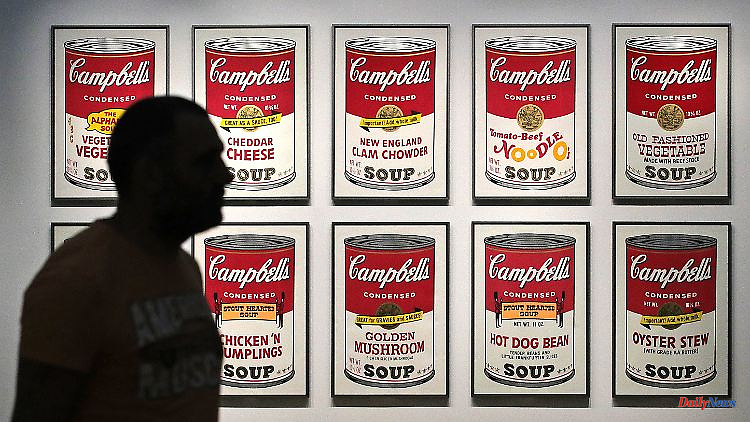 After Monet and Van Gogh, Andy Warhol now has to believe it too: in Canberra, Australia, activists are sticking to the pop artist's famous "Campbell's Soup" screen prints. Instead of tomato sauce or mashed potatoes, graffiti cans are used this time.

At the Australian National Gallery in Canberra, climate activists have taped themselves to transparent tarpaulins covering Andy Warhol's famous "Campbell's Soup" screenprints. As the museum in the Australian capital announced, the works of art were not damaged during the action. The activists acted as a group called Stop Fossil Fuel Subsidies in Australia. They also sprayed graffiti on the tarps. The museum said it would not comment further on the action.

For several weeks now, climate activists have been holding similar protests in art museums around the world. Last Saturday, activists glued themselves to paintings by Baroque master Francisco de Goya at the Prado Museum in Madrid. The day before, environmentalists from the Last Generation group spilled pea soup on a Vincent Van Gogh painting in Rome. Before that, mashed potatoes were thrown at a picture by Claude Monet in the Museum Barberini in Potsdam. Leonardo da Vinci's "Mona Lisa" in the Louvre has also been the target of similar protests.

After an adhesive attack on the world-famous Vermeer painting "Girl with a Pearl Earring", three climate activists in the Netherlands were sentenced to two months in prison. The court in The Hague spoke of a "shocking" act when the verdict was announced, as reported by the Dutch news agency ANP.

A month ago, two climate activists stuck themselves to a Picasso painting in Melbourne, Australia. Since all of the affected artworks were behind glass, they remained undamaged. With their actions, the activists want to make clear the urgency of measures to combat global warming. The fact that valuable works of art are being targeted in this way is met with criticism in many places.

1 Federal states in comparison: where gas is most expensive 2 The differences: citizen income or Hartz IV? 3 New fee schedule: visits to the vet will be more expensive... 4 With a new method: closest black hole detected 5 Pros and cons under the magnifying glass: e-car or... 6 Electricity-based fuels: E-fuels will not save combustion... 7 Bavaria: Finding a woman's corpse: Brother suspected... 8 Saxony: Rößler: Resolutely oppose authoritarian... 9 North Rhine-Westphalia: First rain, then more and... 10 Hesse: municipal debts at the end of the year at 5313... 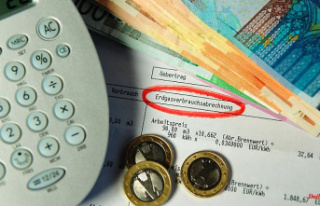 Federal states in comparison: where gas is most expensive