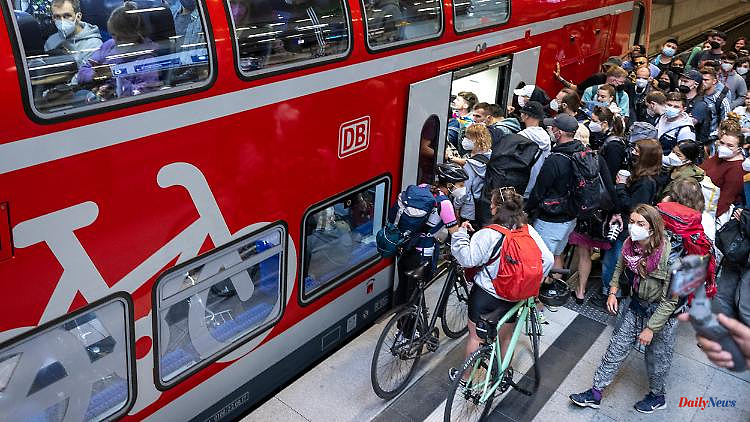 Whitsunday the railways are almost always busy. But this year, the 9-euro ticket is causing a real rush - especially at Berlin Central Station. In addition to numerous delays, cyclists in particular are often left behind.

The wave of travel at Pentecost led to sometimes dense crowds on platforms and full trains. For example, there was a particularly large rush to the regional trains towards the Baltic Sea to Stralsund and Rostock at Berlin Central Station in the morning. There were several delays.

Federal police officers were increasingly on the platforms. A spokesman for the Berlin Federal Police Directorate said there was a high number of travelers. Because of the 9-euro ticket, a particularly high utilization of the trains is expected.

Pentecost is usually always busy on the railways. This year, however, the 9-euro ticket will be added, with which holders can travel throughout Germany on local public transport in June, July and August. The Pentecost weekend is considered the first test for the discount campaign. The train expects very large crowds, especially on tourist routes.

It was also full in Saxony: In the morning, the regional train from Leipzig to Weimar was completely overcrowded. People would have crowded with luggage and bicycles in the corridors and door areas. Travelers who wanted to get on were sent back from the tracks.

"As expected, regional trains, especially to tourist destinations, are in very high demand today," said a spokesman for Deutsche Bahn on request. Passengers should find out more information shortly before starting their journey in the information media of the local transport associations or via the DB Navigator. In addition, taking bicycles with you cannot be guaranteed due to the high number of passengers. "Anyone who can should therefore do without the bike," emphasized the spokesman. 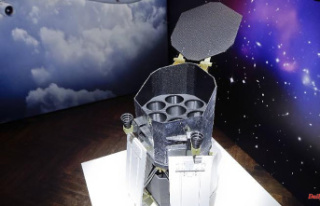 Against Berlin's will: Russia wants to use German...