Japan's ban on same-sex marriages is not unconstitutional, a court rules in a high-profile case. 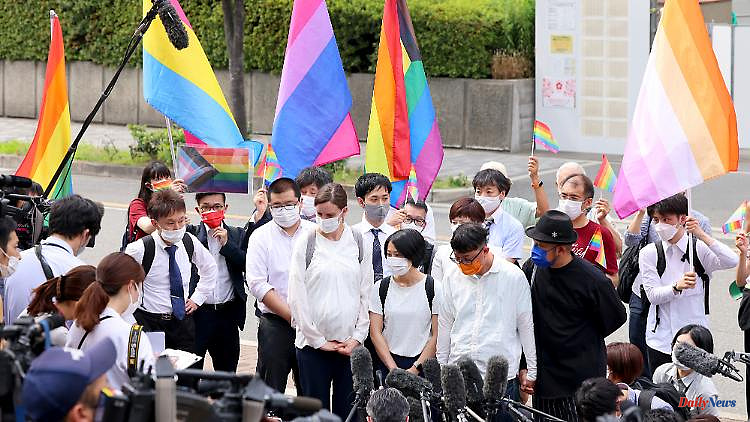 Japan's ban on same-sex marriages is not unconstitutional, a court rules in a high-profile case. The ruling comes as a blow to gay couples and rights activists after another court ruled in 2021 that non-recognition was "unconstitutional".

A Japanese district court in Osaka has upheld the ban on same-sex marriages. The court dismissed claims by three same-sex couples seeking public recognition of their partnership. The judges stated that the non-recognition does not violate the constitution.

The judges recognized that from a "perspective of personal dignity" there were benefits to public recognition of same-sex partnerships. But the current non-recognition of such connections is not unconstitutional, as the public debate about the "right system" is still ongoing.

The Japanese constitution states that marriage is only possible by the mutual consent of both sexes. In recent years, however, local authorities had moved in the direction of recognizing same-sex partnerships. Tokyo Prefecture announced in June that it would recognize same-sex partnerships starting in November.

In 2020, more than a dozen couples filed lawsuits in a coordinated action in district courts in Japan to have their partnerships recognized. Japan is the only country in the G7 group that does not recognize same-sex partnerships. Opinion polls show that a majority of the public is in favor of allowing same-sex marriage in Japan.

1 It can happen to anyone: Why male depression is recognized... 2 Listen to nature for 90 minutes: hiking in the Wadden... 3 "They look like mine": potted vulvas and... 4 Trauma and hidden talents: How school experiences... 5 Ladiges is cooking: Poultry is now on the grill 6 Debate about "useless" women: what society... 7 El-Masry for the young years: Two actors play Mohamed... 8 "Bachelorette" wants passion: mud on the... 9 "Last semester or trimester": Does Brad... 10 'Has nothing left to lose': Is Amber Heard... 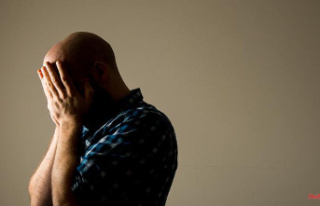