The north of Mexico does not come to rest. 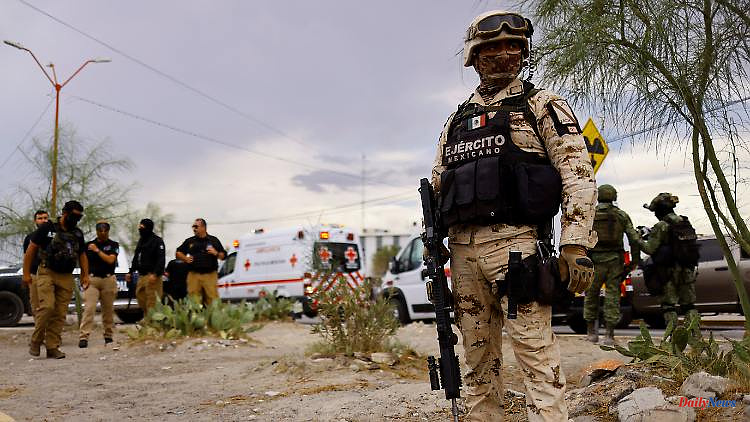 The north of Mexico does not come to rest. After eleven people were killed in attacks in Ciudad Juárez, criminals set up roadblocks in other cities. Now the police are reporting more than a dozen arrests.

In northern Mexico, 17 people have been arrested after a series of violent acts. Three of those arrested, two men and one woman, were identified as members of the heavily armed "Cártel Jalisco Nueva Generación" drug cartel. Accordingly, a bus driver was injured in the city of Mexicali on the US border.

On Friday evening, there were roadblocks in Tijuana, Mexicali and other cities in the state of Baja California, which borders California on the US side. Public transport and private vehicles were set on fire. The government spoke of 24 criminal acts in the statement. The US consulate in Tijuana has instructed employees to stay safe until further notice.

Eleven people were killed in a series of armed attacks in the northern border town of Ciudad Juárez. First, according to the police, two prisoners were killed in gang fights in the local detention center and 20 others were injured. According to media reports, the violence in the prison was carried out by members of the Sinaloa cartel.

Gunmen then attacked innocent civilians, killing nine others, including four radio station employees attending a promotional event outside a pizzeria and two women in a grocery store. The store and two other buildings were subsequently set on fire.

The city of Ciudad Juárez, with a population of 1.5 million, is located across from El Paso in the US state of Texas and is considered one of the most dangerous cities in Mexico. For years, the metropolis has suffered from the violence of drug cartels competing for control of the lucrative drug smuggling routes into the United States.

1 Accident in Brandenburg: Two people die in a light... 2 First test results: Fish in the Oder did not die of... 3 Sister reports death after coma: "Beverly Hills,... 4 "Empathy is our superpower": Émile Bravo... 5 Celebrating the first anniversary: ​​"Bachelorette"... 6 "Start Crying": Angelina Jolie accompanies... 7 Save and get fit: tips for prospective bicycle commuters 8 Tandem at the top: Is job sharing only for management... 9 Regularity is crucial: you should keep this in mind... 10 Better safe than sorry: What do you have to look out... 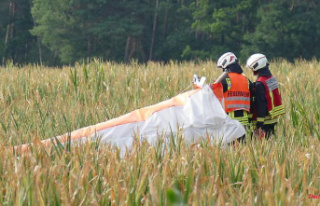 Accident in Brandenburg: Two people die in a light...