"Declaration of war against state": Five dead after shots and explosion in Ecuador

The murder rate in Ecuador has more than doubled in just a few years. 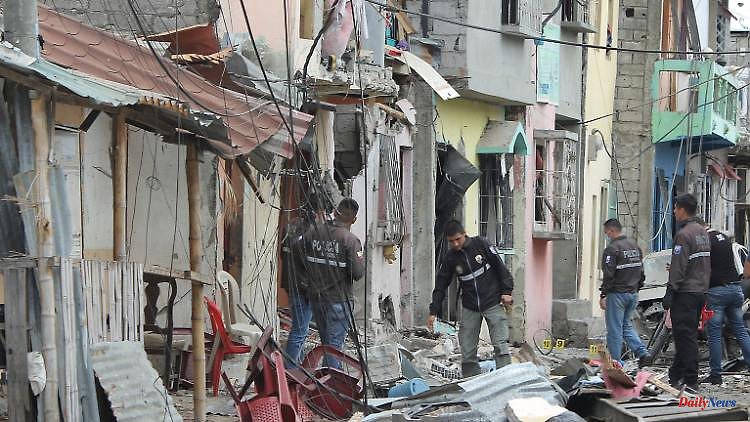 The murder rate in Ecuador has more than doubled in just a few years. Drug gangs are fighting for dominance in the country. After an explosion that killed several people, the government blamed the "mercenaries of organized crime".

Five people were killed and 20 others injured in a bomb attack in Ecuador. The government blamed organized crime for the crime in the western city of Guayaquil. "Mercenaries from organized crime" carried out the attack with explosives, Interior Minister Patricio Carrillo said on Twitter. "This is a declaration of war against the state."

"Either we are able to unite" in the fight against organized crime, or "the price society has to pay will only increase," Carrillo warned. According to the rescue services, the explosion destroyed eight houses and two cars. The exact course of the attack was initially unclear. According to local media, shots were heard first and then an explosion.

Ecuador borders Colombia and Peru, the two largest cocaine producers in the world. In the meantime, Ecuador has developed into a central hub for drug deliveries to Europe and the USA. Different gangs fight for supremacy. Also, Mexican drug gangs use Ecuador to launder the profits from their illegal businesses.

With the activities of drug gangs, violence has also increased in Ecuador. The murder rate in the South American country has risen from six to 14 murders per 100,000 inhabitants since 2018. The violence often spreads to Ecuador's prisons. More than 350 inmates in Ecuadorian prisons have been killed since February 2021.

1 "For human safety": Walrus Freya euthanized... 2 Weather week in a quick check: Thunderstorms and storms... 3 Scientists answer: Does the gender star have a future? 4 Did air conditioner start fire?: 41 dead after church... 5 Air traffic stopped: man fires shots at Australian... 6 Is the salt content too high the cause?: Fish did... 7 Criminals block roads: Mexico reports arrests after... 8 Accident in Brandenburg: Two people die in a light... 9 First test results: Fish in the Oder did not die of... 10 Sister reports death after coma: "Beverly Hills,... 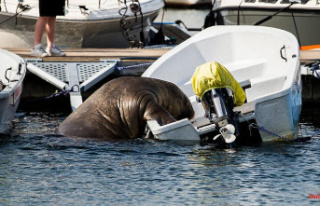