Detonations due to explosive ordnance: forest in Brandenburg burns - area of ​​84 football fields

A heat wave is sweeping over Germany. 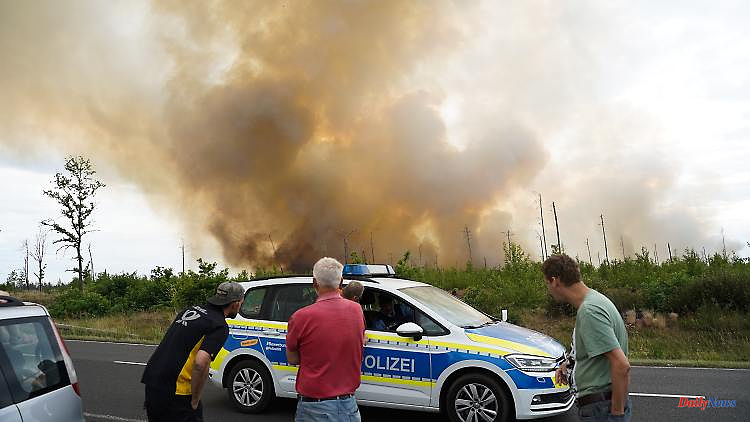 A heat wave is sweeping over Germany. Forest fires are not uncommon there. While one can be brought under control in the Harz Mountains, firefighters in Brandenburg are fighting a fire that broke out in an area suspected of being explosive ordnance.

A forest fire has broken out southwest of Berlin. The fire in a forest near Treuenbrietzen (Brandenburg) had spread to around 60 hectares by Friday evening, reported the spokeswoman for the Potsdam-Mittelmark district, Andrea Metzler. The area corresponds to 84 soccer fields. According to her, the fire brigade, police, army and technical relief organization (THW) were deployed with a total of 380 forces. A massive cloud of smoke can be seen as far south as Brandenburg, said forest fire protection officer Raimund Engel.

Firefighters continued to fight the fire through the night. According to Engel, the work should continue on Saturday. The use of the firefighters could be difficult because it is also an area in the suspected explosive ordnance area, he also explained. "There have already been detonations." Therefore, the extinguishing work could only be done from the edge. Engel assumes that the extinguishing work will continue on Saturday. "One can only hope that the wind will calm down a bit." Areas are affected where there was already a fire in 2018.

Civil protection warned the population in the area around Treuenbrietzen, Linthe and Niemegk to keep windows and doors closed. The district spokeswoman described the situation as dynamic. "The wind is changing, it's very dry again," said Metzler. So far, however, no towns are in danger, she emphasized. Later that evening before Saturday night, she said there was no wind and hoped it would stay that way. The federal highway 102 was closed because of the operation.

In 2018, flames raged in the wooded area in Treuenbrietzen for several days. Around 400 hectares of forest were destroyed. Because of the great fire, more than 500 people had to leave their villages.

There were also fires elsewhere in Germany at the beginning of the weekend, which could be characterized by a heat wave. A fire in the Trecktal in the Upper Harz Mountains was under control on Friday, but it threatened to flare up again and again due to the drought and high ground temperatures. The fire brigade assumes that it will be busy until Sunday, said a spokesman for the Harz police station. The area affected, which is difficult to reach, is currently 6.5 hectares in size, which corresponds to about nine football pitches.

There are two helicopters with extinguishing containers in use. According to the information, 140 firefighters were in action at the top, later around 50. The hope was that overnight, when the temperatures dropped significantly, one fire watch would be enough. Particularly high temperatures are expected again at the weekend.

1 Murder in the Philippines: Alleged kidnappers of a... 2 Heat wave for the weekend: Summer is on in Germany 3 Ozone alarm in several areas: Extreme heat affects... 4 Anxiety disorders and depression: Corona is increasing... 5 dr Specht in an interview: "Higher incidences... 6 A lot is different this time: Documenta takes Reisscheune... 7 Animal under observation: Walrus makes himself comfortable... 8 RKI warns of outbreaks: New Omikron offshoots are... 9 One for all: Twenty-two summers to go 10 'Bisexuality is not a trend': The neglected... 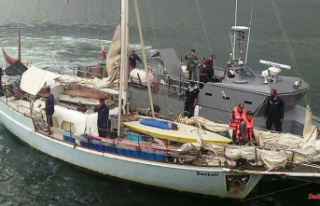 Murder in the Philippines: Alleged kidnappers of a...