A fire breaks out in a Coptic church in Cairo. 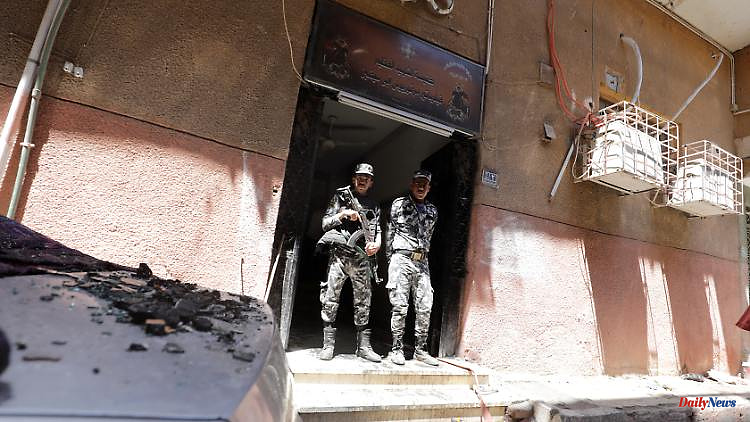 A fire breaks out in a Coptic church in Cairo. Dozens of people die and another 55 worshipers need hospital treatment. Eyewitnesses report a short circuit after a power failure.

At least 41 people died in a fire in a Coptic church in Greater Cairo. Children are said to be among the dead, and the priest of the church was also killed. This was announced by the country's church, while medical circles in Egypt confirmed the same number of deaths. 14 other people were injured. Local media published images of a burned-out room full of pews and pictures of saints on the wall.

The fire reportedly broke out towards the end of a Sunday morning church service in Giza, in the Greater Cairo area. The interior ministry said a faulty air conditioner on an upper floor of the church caused the fire.

According to the private newspaper "Al-Masry Al-Youm", eyewitnesses said that a short circuit had occurred there after a power failure. Temperatures in Cairo were around 35 degrees Celsius, the usual temperature for August. Two people jumped out of the window to get to safety, said Mahmoud Saif, who lives nearby. "I found children trapped (in the flames)," said one of the rescuers. "I carried down one by one." At times, more than 30 people were trapped by the fire on an upper floor.

According to the Ministry of Health, 30 ambulances were deployed to take care of the victims and take them to nearby hospitals. The ambulances arrived at the scene of the fire minutes after the emergency call and took 55 people to hospitals. After about two hours, civil protection brought the fire under control. A team from the public prosecutor's office also set out to investigate the scene of the fire and to further clarify the exact causes.

More than 100 million people live in Egypt. In Greater Cairo there are more than 20 million. In many homes, shops and offices, air conditioning systems run continuously during hot summers. The devices can fail if they are not maintained properly or if there is too much dirt and dust particles in the air filters. Air conditioners can also cause fires if there are fluctuations in the mains voltage or if there is a short circuit.

Egypt is predominantly Muslim. Around ten percent of the population is of Christian faith, most of them Copts.

1 Air traffic stopped: man fires shots at Australian... 2 Is the salt content too high the cause?: Fish did... 3 Criminals block roads: Mexico reports arrests after... 4 Accident in Brandenburg: Two people die in a light... 5 First test results: Fish in the Oder did not die of... 6 Sister reports death after coma: "Beverly Hills,... 7 "Empathy is our superpower": Émile Bravo... 8 Celebrating the first anniversary: ​​"Bachelorette"... 9 "Start Crying": Angelina Jolie accompanies... 10 Save and get fit: tips for prospective bicycle commuters 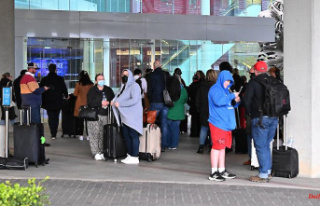