Five people die when a train derails near Garmisch-Partenkirchen in early June. 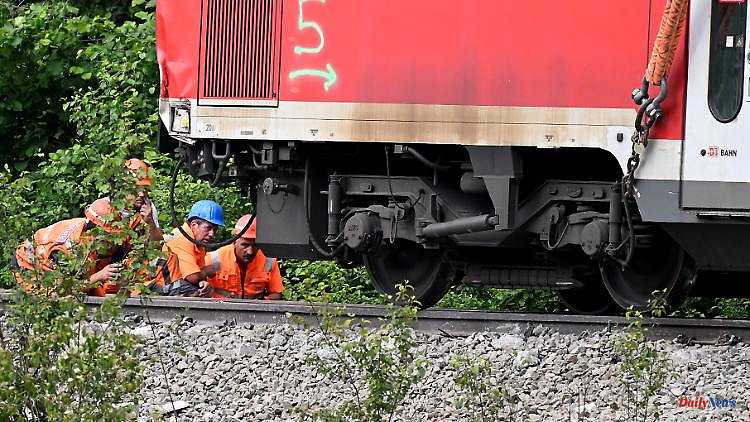 Five people die when a train derails near Garmisch-Partenkirchen in early June. Initial investigations are now focusing on the sleepers. These were so damaged that the forces of the train pushed the tracks apart.

After the fatal train accident in Garmisch-Partenkirchen, there were increasing indications that previous damage to concrete sleepers could have played a role. A printed matter from the transport committee of the Bundestag, which deals with the cause of the accident, among other things, speaks of a rail shift and "partially damaged concrete sleepers". According to the paper, these may have led to "loss of lane guidance".

The document states that "consecutive sleeper damage and a displacement of the rail" were found. "This shift is caused by horizontal breaks in the concrete sleepers." As a result, the rail could shift outwards under the load and cause damage.

"It can therefore be assumed that the forces acting on the superstructure due to the train journey - in particular due to the concrete sleepers, some of which had already been damaged - could no longer be absorbed. As a result, there was probably an impermissible track widening and the loss of track guidance," says it further.

On June 3, a regional train from Garmisch-Partenkirchen to Munich derailed. Four women and a 13-year-old died. According to the police, almost 70 people were injured, 16 of them seriously and 52 slightly.

Is the salt content too high the cause?: Fish did not die from heavy metals in the Oder
BREAKING NEWS 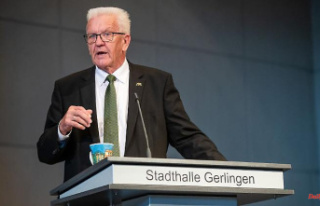 Baden-Württemberg: Kretschmann warns of tax minus