In Milan, a second work by pop artist Andy Warhol fell victim to a climate protest: supporters of the "Ultima Generazione" threw eight kilograms of flour at a painted car. 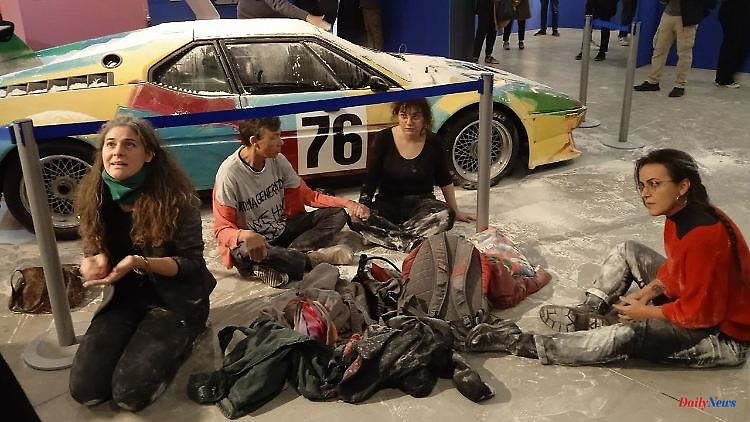 In Milan, a second work by pop artist Andy Warhol fell victim to a climate protest: supporters of the "Ultima Generazione" threw eight kilograms of flour at a painted car. Several museum visitors can hardly contain their anger and confront the four women.

In the Italian metropolis of Milan, climate activists threw eight kilograms of flour at an exhibited car artwork by the American pop artist Andy Warhol. With the action in the cultural center Fabbrica del Vapore, the women of the Ultima Generazione (Last Generation) wanted to draw attention to the "collapse of the climate", as the group said.

A video showed them approaching Andy Warhol-painted German sports cars from 1979 and dumping the flour packets on them. Security staff then dragged two activists out of the room, as could be seen.

Some visitors got into arguments with the women. "We don't see you yelling at the oil companies. We don't see you in front of the mega ships in Venice. We see you with flour in front of a car. Do you understand this crap?" yelled an angry man, like on another video of the group could be seen.

According to Ultima Generazione, members of the group wanted to stick themselves to the car window panes, but were unable to do so. "The works of art were targeted to highlight the value hypocrisy of our society," the group justified the action. There is outrage about the "simulated destruction of works of art", but there is indifference about the destruction of nature, it said.

The climate activists had also stuck to other works of art in Italy, such as recently to a Van Gogh painting in Rome. In the capital, they regularly block road sections, such as the important ring road. 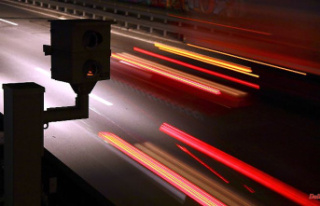 Driving too fast: If you do so intentionally, you...