For those that don’t follow electronic and pop music, Jesse Neo is a 23-year-old singer, songwriter, DJ and producer from Australia. However, in the past few years he has been residing in Los Angeles after landing several song writing jobs in the entertainment capital. Within that time, his work has been featured in The Huffington Post and RESPECT Magazine.

“One thing that people don’t know about me is that I’m a very crafty and technical person,” Jesse told us. “I always look for problems that could be solved, and then try my best to come up with solutions. One problematic area in music is that the industry is still lacking a lot of technological innovation.”

At the beginning of the year, Jesse launched his music marketplace and collaboration platform, Gemtracks to buy and sell beats. The beats can be bought by artists and labels as backing tracks to sing to, before releasing the finished version to radios and streaming services. Some of the popular genres include hip hop beats and house beats.

“One very mundane task that I had to do everyday while working in music was being on the phone with endless clients discussing about my next song, the contract, the method I would use to transfer the audio files, and things like that,” Jesse continued. “It got to the point I wasn’t able to spend an hour working on my art without being interrupted by technical questions like the client didn’t know what I mean to ‘go back to the previous folder’ when I told them to find the files in a USB drive.”

Gemtracks eliminates all the manual tasks by automating everything. For example, once a beat is sold, it would be removed from the website. The copyright is then transferred to the buyer. Due to the ease, Jesse claimed that each beat can be sold for up to $600.

“A lot of my friends in the music industry was amazed by the website,” Jesse recalled. “Eventually, they encouraged me to turn it into a public marketplace and collaboration platform. This means singers would be able to look for music producers, set up a time and date to meet in a recording studio, and other related tasks.” 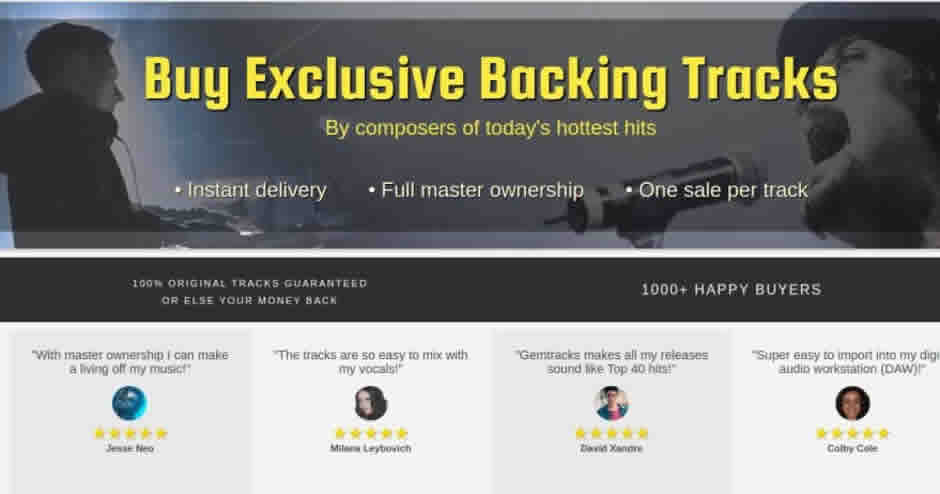 Some of the world known producers already on the platform include Milana Leybovich, I.Y.F.F.E, Beowülf, Taylor Carroll and more. Many of these producers have worked in big companies like Disney, Sony, Warner and Universal.”

“I also want to take this chance to let those interested in having a career in music but still unsure to sign up to Gemtracks too,” the singer stated. “Besides being a collaboration tool and marketplace, there is an educational section with articles on how to make it in music. Some of the popular guides include a list of hashtags for singers and a list of song ideas .”

As we can see, Gemtracks sounds like a wonderful project that would benefit musicians all over this city. If this sounds interesting to you, make sure you head over to the website now to find beats for sale.

1 3 Keys to Keeping Your Children Active 2 Tips for Working Back In the Office Again 3 Work from Home: improving Your Productivity While... 4 Everything you Need To Know About WNBA 5 Important Things That Affect Car Accident Cases 6 Choose A Paint Colour For Your House As Per Your Personality 7 3 Top Remarkable Reasons Why You Need to Pursue Courses... 8 Low energy prices: Zero percent Inflation in Germany 9 Corona-Liveblog: Known Raoni Metuktire in the hospital 10 TU Darmstadt: From Clever Hans to the knowledgeable...

'Belgravia': a stylish vintage series from the creator of 'Downton Abbey' on Movistar + that can't get hooked with his entanglements 3 Keys to Keeping Your Children Active