Never before has a Nobel Prize medal been said to have achieved more: The Russian journalist and Nobel Peace Prize winner Dmitri Muratow is auctioning off his medal for more than 100 million US dollars. 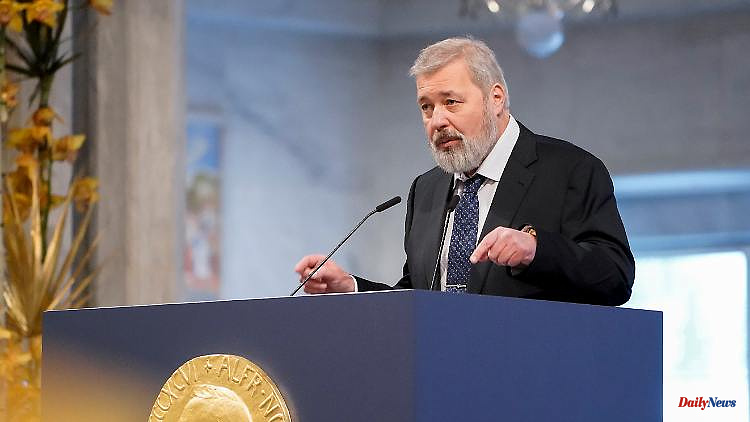 Never before has a Nobel Prize medal been said to have achieved more: The Russian journalist and Nobel Peace Prize winner Dmitri Muratow is auctioning off his medal for more than 100 million US dollars. The record sum is intended to benefit Ukrainian refugee children.

The Nobel Peace Prize medal by Russian journalist and government critic Dmitri Muratov has been auctioned for 103.5 million US dollars (around 98 million euros). The auction house Heritage Auctions in Dallas, Texas, confirmed that the money had already been transferred.

According to media reports, this is the highest price ever paid for a Nobel Prize medal. The auction announcement said the proceeds would go to the UN children's fund UNICEF to help refugees from Ukraine who lost their homes to Russia's war of aggression. Bids have been accepted online since early June.

Muratov, editor-in-chief of Novaya Gazeta, a newspaper critical of the Kremlin, announced in March that he would have his Alfred Nobel Medal auctioned off. The 60-year-old received the Nobel Peace Prize last year together with the Filipino journalist Maria Ressa. This also included prize money of more than 960,000 euros. Muratov donated his share to social causes. Muratov has repeatedly criticized Kremlin chief Vladimir Putin's war against Ukraine.

In Russia, "Novaya Gazeta" suspended publication under pressure from the authorities. In April, while on a train in Russia, Muratov was attacked with a mixture of oil paint and acetone, which he said caused "terrible" burning in his eyes. Since 2000, a total of six journalists from "Novaya Gazeta" have been killed in connection with their work - including investigative reporter Anna Politkovskaya in 2006.

1 Plea in the terror trial: Several years in prison... 2 Conditions not met: Fynn Kliemann is threatened with... 3 Murder in the Amazon: Boat found by slain journalist 4 Murder case from 1981: Frederike's father dies... 5 Case numbers are going downhill: How bad was the spring... 6 Court upholds marriage ban: homosexuals in Japan suffer... 7 It can happen to anyone: Why male depression is recognized... 8 Listen to nature for 90 minutes: hiking in the Wadden... 9 "They look like mine": potted vulvas and... 10 Trauma and hidden talents: How school experiences... 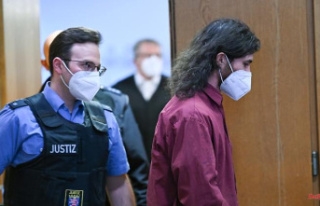 Plea in the terror trial: Several years in prison...