Double murder in the Amazon: Police and indigenous people have opposing theories 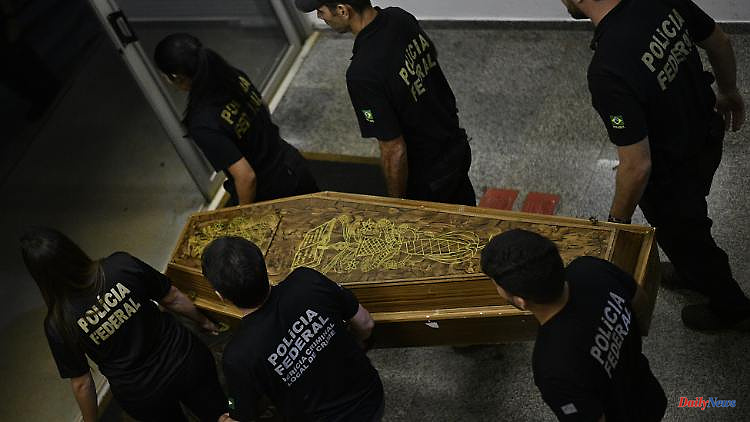 Journalist Dom Phillips and indigenous expert Bruno Pereira were almost certainly killed in the Brazilian Amazon. There are two suspects. The police consider her a lone culprit. The Union of Indigenous Peoples vehemently disagrees with the theory.

According to the Brazilian police, the murders of the journalist Dom Phillips and the indigenous expert Bruno Pereira in the Amazon region were not contract killings by criminal organizations. "The investigation results indicate that the killers acted alone, without clients, without a criminal organization behind the murders," the police said. Indigenous representatives rejected the assessment.

Phillips and Pereira went missing on June 5 while on a field trip in the Amazon. Ten days later, a suspect led police to a location where he said he had buried their bodies. Bodies dug up at the site were taken to Brasília on Thursday for identification, and police said there was a "99 percent probability" that they were the remains of the two missing persons.

Two suspects have been arrested so far. According to police, there are indications that other people may have been involved in the crime, and the investigation is ongoing.

The Union of Indigenous Peoples of Javari Valley (Unijava), who took part in the search for the two men, contradicted the police version. Behind the crime were not just two murderers, but a "powerful criminal group that had planned the crime down to the smallest detail," according to a Unijava statement. The authorities have ignored many complaints about organized gangs in the region.

The British journalist Dom Phillips and the Brazilian indigenous expert Bruno Pereira researched a book about violence against indigenous people and the sustainable protection of the rainforest in the Javari Valley.

1 Detonations due to explosive ordnance: forest in Brandenburg... 2 Murder in the Philippines: Alleged kidnappers of a... 3 Heat wave for the weekend: Summer is on in Germany 4 Ozone alarm in several areas: Extreme heat affects... 5 Anxiety disorders and depression: Corona is increasing... 6 dr Specht in an interview: "Higher incidences... 7 A lot is different this time: Documenta takes Reisscheune... 8 Animal under observation: Walrus makes himself comfortable... 9 RKI warns of outbreaks: New Omikron offshoots are... 10 One for all: Twenty-two summers to go 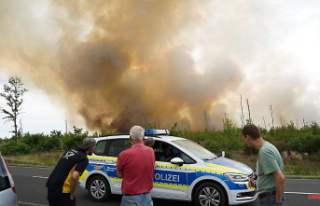 Detonations due to explosive ordnance: forest in Brandenburg...