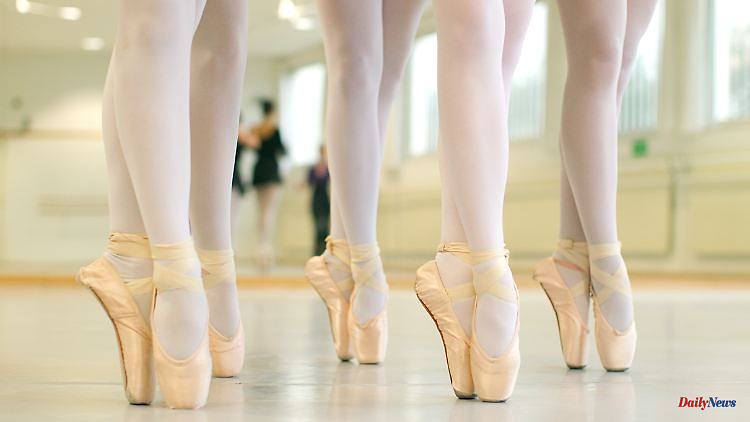 Again and again scandals shake the ballet world. Dance students are humiliated, tortured and sometimes driven to the point of anorexia. However, the outdated training methods are now being increasingly questioned.

Oh, like in a fairy tale: when Klara dances gracefully through the snow flurry in the Nutcracker Ballet or the ballerinas with feather tutu glide across the stage in Swan Lake. In Switzerland, however, new revelations this year have thrown a shocking light on the sometimes scandalous training methods. Anxiety disorders, anorexia, mental cruelty: What students from the two Swiss training centers for professional dancers in Zurich and Basel reported this year takes your breath away: One reported that she weighed little more than 40 kilograms as a "dancer "Hamburger" insulted.

Another was put down at 15 because her moves weren't sexy enough. So some danced in pain. An investigation is underway at the Zurich Dance Academy. The two-strong management team, which had been trained at the State Ballet School in Berlin during the GDR era, was put on leave. The Basel Theater Ballet School has released the headmistress. It is now also closing the entire professional training area because its battered reputation means that it no longer receives public funds. These were not isolated cases: there was a similar scandal at the Vienna Ballet Academy in 2019, and in 2020 the Berlin State Ballet and Artistic School made headlines with attacks. "It's amazing that we all put up with it in classical dance training for so long," says Anna Beke, lecturer in dance history at the Ballet Academy in Munich, the German Press Agency.

"It's five to twelve, something has to happen, otherwise the trust in this art form may be shaken even further." Construction sites are both the questionable pedagogy of some teachers and the body image that young girls and the audience convey as the ideal of beauty for a ballerina. "We can no longer teach like we did 10, 20 or 100 years ago," says Kathleen McNurney, president of the Swiss dance association Danse Suisse. "In the past there were masters and apprentices, it was completely normal for a star dancer to become a teacher later, even without any pedagogical training - but that's no longer possible." And why are scandalous training methods only now being questioned? "It's a generational phenomenon," says David Russo, dancer, choreographer and lecturer at the Ballet Academy in Munich.

The imbalance has existed for a long time. "But the social discourse wasn't that developed yet. Our students today are millennials, they're the Fridays-for-Future generation, they're people who have an opinion and also express it." "Sporting excellence is also possible without drill," he emphasizes. The Ballet Academy now has a pedagogical concept that focuses on the health of the dancers. The symposium "Dance Education in Transition" in Munich in November was also about urgently needed changes. Advanced dance academies offer nutritional counseling and physiotherapy and have people they can turn to if they have problems. "Keeping the body healthy is now almost a bigger issue for us than training," says Martina Räther, acting headmistress of the State Ballet and Artistic School in Berlin.

The school has a child protection concept and wants to adopt a code of conduct this school year. What remains is the ideal image of the ballerina floating weightlessly across the stage. This notion also puts students under pressure, who practice for hours every day in a room full of mirrors - and competitors. "Body shaming is undeniably a problem. It's not possible to regard normal weight as too fat. But it's always a tightrope walk," says Räther. "How slim do I have to be? We have to train the students so that they can get a job later." The ballet houses would also have to accept other body shapes. Everyone agrees: "Even with a few kilograms more, with hips and breasts, a ballerina can look just as weightless," says McNurney. It's just a question of dance technique.

The Austrian choreographer Florentina Holzinger dealt with the harsh dance training in 2019 in her ballet "Tanz". A ballet lesson on stage looks like a horror show, with naked dancers in pointe shoes showing how they train for peak performance. Holzinger also staged an actual self-harm with a meat hook. "I wanted to show how you can celebrate control over your body, including the element of violence, without being at its mercy," says Holzinger. She is currently dividing opinions at the Volksbühne in Berlin with her feminist show "Ophelia's Got Talent". In Holzinger's shows, women hold the reins. Classical ballet was developed in the 19th century with a male perspective. "How can you stage women's bodies to satisfy this look? You can almost compare it to pornography."

Disney also wants to question outdated images with its animated short film "Reflect". It's about little Bianca, who wants to dance but weighs a lot more than the typical ballerina. Initially unhappy about her body, she frees herself from her shame and then throws herself enthusiastically into the pointe dance. Everyone is committed to more diversity. "Not all swans have to look exactly the same at Schwanensee," says Holzinger. So far, the audience has had certain expectations of what a ballerina should look like, says Räther. "Something has to be done."

1 Blockbuster after blockbuster: These are the nominees... 2 Possible breakthrough in fusion: "Could herald... 3 Check first, then explain: How to properly turn down... 4 North Rhine-Westphalia: man seriously injured in a... 5 Baden-Württemberg: man jumps after cell phone: crash... 6 Baden-Württemberg: accident on the A81: hours of... 7 "When the war is over": Scholz promises... 8 After the Gorillas takeover: Fusion fever is far from... 9 Capito leaves after two years: German Williams team... 10 Police are looking for a rocker scene: a businessman... 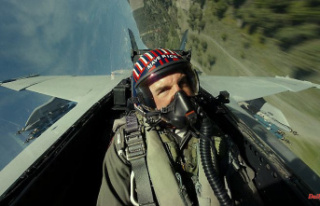 Blockbuster after blockbuster: These are the nominees...