The seventh annual Tampa Bay Beer Week kicks off this weekend, and if you needed any further evidence of Tampa Bay's ever-increasing beer scene cred, look no further than Cycle Brewing's Buddy Shots, a new collaboration with international whiskey giant...

Buddy Shots is part of Jameson's Caskmates project, which features brews from seven U.S. breweries aged in Jameson Irish whiskey barrels, along with Jameson Caskmates whiskey, which has been aged in barrels formerly used to age beer.

Cycle's entry into the Caskmates series is a monstrous strong ale, brewed with six different caramel malts as well as a "little bit of chocolate" before spending time in Jameson casks. It's sweet and decadently rich, with thick stone fruit, caramel and cocoa flavors. With such a smooth flavor and creamy mouthfeel, Buddy Shots is deceptively potent — as the name suggests, it's best shared with a partner.

The current run of 22-ounce bottles are expected to be sold out by the start of Tampa Bay Beer Week. But you'll find Buddy Shots on tap at various locations around the bay area, including World of Beer Avion Park and Mermaid Tavern in Tampa, as well as O'Brien's Irish Pub and the Stein & Vine in Brandon. It will likely be available at Cycle's annual Barrel-Aged Day, a sold-out event happening March 10 at the St. Petersburg Shuffleboard Courts. If you don't have tickets, keep an eye on the Cycle Brewing tasting room in St. Petersburg — they're fond of surprise tappings. 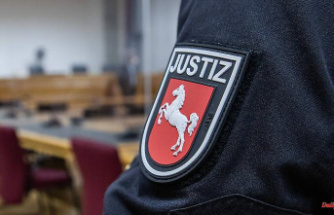 Terrific cast burns up the stage in Show Palace's...