Italy is groaning under an extreme heat wave. 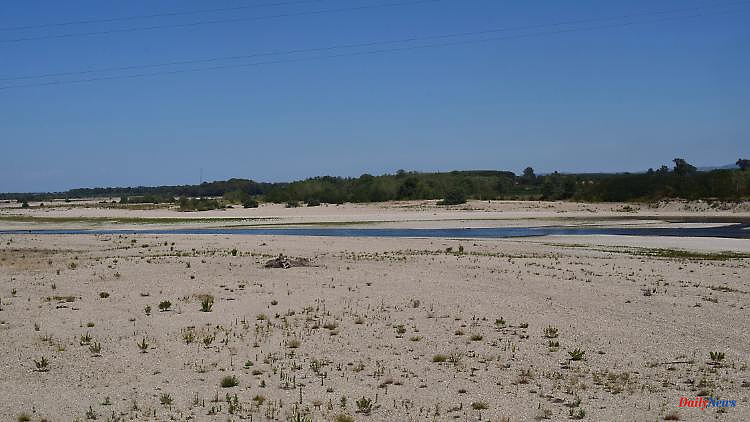 Italy is groaning under an extreme heat wave. Rivers are drying up and farmers fear for their crops. Sometimes there is water theft. A drive through the northern Italian provinces of Pavia and Lodi shows the frightening extent of the damage that the drought has already caused.

Some farmers are now so desperate that they steal water from other farmers. At least that's what local newspapers report. "Yes, it's bad, but that's exactly why you have to keep a cool head," says 43-year-old farmer Davide Dornetti ntv.de. His farm is located in the province of Lodi, south of Milan, and extends over 100 hectares. He grows corn and triticale, a hybrid of wheat and rye. He uses the corn for the fattening pigs and the triticale for the production of biogas.

A few years ago he invested in a well, which was expensive, but is now proving to be spot on. "And this year in new irrigation systems," adds Dornetti. "That was also a big financial investment. It cost me 100,000 euros, but at least I can irrigate more efficiently now and maybe limit the damage caused by the drought."

He shares his everyday experience with his colleagues, which is why Dornetti runs the video blog "Agricoltura Innovativa" (Innovative Agriculture) on YouTube. There he tells how the fields are doing and what precautions he is taking. "The blog's name refers to innovative growing techniques, but not only," he explains. "My call for exchange also wants to be innovative. And that's something really new, because farmers normally keep their new findings strictly secret."

According to the agricultural associations, the drought has already caused damage of more than three billion euros. This has also shaken up politics. Although the agricultural sector is also called the primary sector, it is often not treated as such. A week ago, the government declared a state of emergency until December 31, 2022 for the regions of Piedmont, Lombardy, Emilia-Romagna, Veneto and Friuli-Venezia Giulia. Aid of 36.5 million euros - primarily for farmers - was also approved. In addition, a "Drought Special Commissioner" is to be appointed shortly. It is not yet known what powers he will have.

Farmers usually shy away from eloquent announcements. So when, like Friday a week ago, at a meeting in Vigevano, a community near Pavia, the talk is of "apocalyptic conditions", you know that for many it is a matter of survival. The agricultural association Confagricoltura of Pavia not only invited farmers and experts to this discussion evening, but also two parliamentarians from the Democratic Party, so that they could report first-hand in Rome how the farmers are doing here.

"Rome must ensure that the water war between the regions ends and that the large agricultural areas work together instead of fighting each other for water," says Alberto Lasagna ntv.de. He is a hydraulic engineer, landowner and director of the Confagricoltura association in Pavia. It was also he who used the term "apocalyptic" at the gathering and described the rice region around Pavia, the Lomellina, as the hearth of this apocalypse.

"The situation is damn serious," says Luca Antonioni ntv.de. He is 34 years old and a third-generation rice farmer in Tromello, a town in the province of Pavia. Father and grandfather are still active in the business, "which is a great help for me," says Antonioni. Support and experience are the most important things at the moment. He can't say what the rice fields will actually lose this year, but tries to remain optimistic: "At the moment we're expecting a minus of 20 to 30 percent. Hopefully it'll rain and we'll get off lightly."

In the past, typical images of this landscape included children splashing around in the canals in summer. Now that there is no groundwater, many canals have dried up. The Ponte della Gerola bridge is 880 meters long and the Po normally occupies the entire width of the river basin. Currently you can see rivulets that try to make their way to the river, but then seep away. And if the river doesn't provide water, then there won't be any in the irrigation canals that run through the fields either.

Silvia Bernini is an advisor to the Parco del Ticino nature reserve and a farmer. She also took part in the discussion evening. Their farm is on the southern side of the Po, in the Oltrepo Pavese, an area well known to wine lovers. The drought is causing problems for farmers there as well. But Bernini also practices self-criticism. "Of course, you couldn't foresee something like this, but I still think we overslept. Climate change didn't happen yesterday," she says to ntv.de. She's not psychic, but made arrangements for her 110 acres of land last fall. "I gave up water-intensive corn cultivation and instead grew crops that you sow in autumn and winter, such as barley and triticale. That saved my harvest."

"What we need here and now, in order to perhaps save some of the fields, is an inventory of the dams, their condition, how much water can be drained from them," says hydraulic engineer Lasagna. He himself has been keeping a diary on the groundwater level since February 10: "Since it hardly snowed or rained in winter, you could already have an idea of ​​the water shortage that would await us."

Among other things, Lasagna advocates that "part of the water for agriculture be diverted from the 45 hydroelectric power plants located in Piedmont and Lombardy - and immediately." But the wheels of bureaucracy are turning slowly. Farmers will have to wait and see whether concrete measures will be taken in time and keep a cool head in the meantime.

1 Specialists are looking for the cause: two men die... 2 Police use tear gas: Sri Lanka declares a state of... 3 The situation is already tense: hospitals do not see... 4 Investigations against villagers: Seven women flogged... 5 Already afraid of autumn: Corona failures exacerbate... 6 Munich can pull the ripcord: Söder believes in the... 7 Deadline is soon to expire: Lottery millionaire did... 8 Live rent-free and help: Bildungsbuddies: Friends... 9 All praise for A-Rod's J.Lo: Jennifer Lopez's... 10 'Felt seen': Ryan Gosling loves his role... 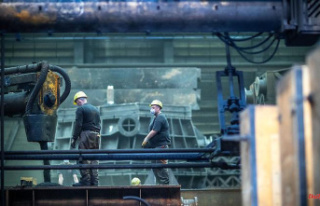 Specialists are looking for the cause: two men die...