Drought is causing problems in Italy: a dispute over the water in Lake Garda has broken out

Because of the ongoing drought in Italy, the levels of the longest river are falling more and more. 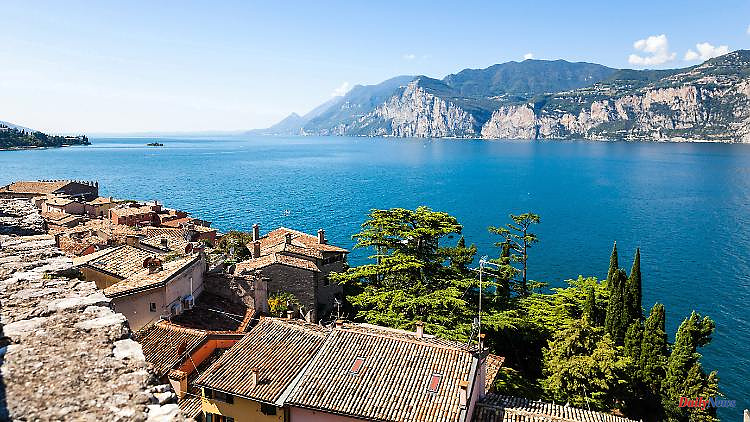 Because of the ongoing drought in Italy, the levels of the longest river are falling more and more. To counteract this, water from Lake Garda could be fed into the Po. But the proposal has met with fierce criticism. Because the lake is only 60 percent full.

In view of the drought, a dispute has broken out in Italy over the idea of ​​diverting water from Lake Garda into the Po River. The proposal came up in the past few days because Italy's longest river currently has extremely little water. In some places, the authorities measured historic lows, as the latest management report on Monday showed. The idea was to take water from Lake Garda, which was still around 60 percent full.

However, the Association of Municipalities on Lake Garda is opposed to this. "If we release more water than is allowed for agriculture, and we comply with the request for the Po River, we would do double damage," said Secretary General Pierlucio Ceresa. It's not that Lake Garda doesn't want to release water for the Po River, Ceresa explained. But there is just not enough water. The plan would leave not only a "sick river Po" but also a "sick Lake Garda" in the end. Ceresa spoke of the worst crisis in 60 years.

In northern Italy in particular, there has been an extreme drought for several weeks. Civil protection is preparing for a nationwide operation if the government declares a state of emergency because of the drought, said a spokesman for the authority. In July and August there will be a great risk of forest fires due to the drought.

The Bishop of Milan, Mario Delpini, announced that he would pray for water and for those suffering from the drought on Saturday. The Coldiretti farmers' association warned of poor harvests and up to ten percent less milk because of the stress on livestock. In northern Piedmont, the authorities have already rationed drinking water in some communities, and there is a risk of this happening in other areas as well. According to media reports, the energy supplier Enel shut down a hydroelectric power station near Piacenza because of the low water level in the Po.

1 Anti-Semitic symbolism: Scandal banner on Documenta... 2 Climate protests in Berlin: Demonstrators block many... 3 Berlin is an epicenter: almost 500 cases of monkeypox... 4 Forecast before dormouse: It's getting hotter... 5 After forest fires: In Brandenburg, the danger of... 6 Deadly shots by Kusel: Alleged policeman killer is... 7 Donation for Ukrainian children: Muratov raises record... 8 Plea in the terror trial: Several years in prison... 9 Conditions not met: Fynn Kliemann is threatened with... 10 Murder in the Amazon: Boat found by slain journalist 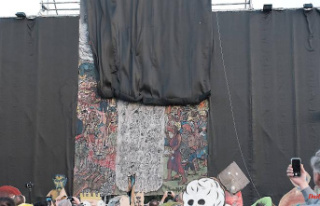