A group of Dutch historians have published an in-depth critique of Anne Frank's cold case team and its conclusion. 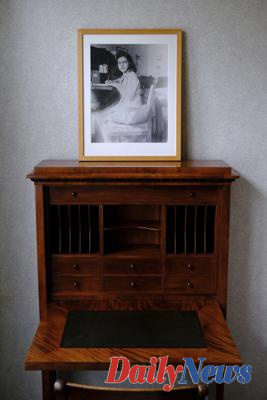 They claimed that they had compiled the "most likely scenario" for Anne Frank, a Jewish teenage diarist.

The cold-case team's research was published in early 2012 in the book "The Betrayal of Anne Frank : A Cold Case Investigation" by Rosemary Sullivan, a Canadian academic and author. It immediately drew criticism from the Netherlands.

Six historians and academics now describe the findings of the cold case team in a 69-page "refutation." On Tuesday, the Dutch publisher apologized and said that the book would be withdrawn from bookstores.

According to the book, the person who discovered the secret annex location in Amsterdam's canal-side building of the Frank family was most likely Arnold van den Bergh (a prominent Jewish notary), who divulged the location to German occupiers in the Netherlands in order to save his family from being deported and dying in Nazi concentration camps.

The Dutch historians looked at the work of the team and concluded that the "accusation doesn't hold water".

According to historians, the book "displays an underlying pattern in which assumptions are made and held true by the CCT (Cold Case Team), then used as a building block in the train logic. The entire book is a fragile house of cards because if one step proves to be incorrect, all the others will also fall.

Pieter van Twisk (the leader of the cold case team) responded by saying that the historians' work was very detailed and extremely solid. He said it gave them a lot to think about but does not seem to believe Van den Bergh could be removed as the main suspect.

The team has published detailed responses to criticisms of the book's work since January's publication.

Thijs Bayens, a Dutch filmmaker, had the idea of putting together the cold-case team. In January, he admitted that the team didn't have 100% certainty about Van den Bergh.

Bayens stated that there was no smoking gun, as betrayal is circumstantial.

From July 1942 to August 1944, the Frank family and four other Jews were hiding in the Annex. They could access it via a secret staircase behind a bookcase.

Anne and her sister were both killed in the Bergen-Belsen concentration camps. Anne was 15. Only Anne's father Otto Frank survived the Holocaust. After World War II, he published Anne's diary. It quickly became a symbol of hope and resilience that was read by millions all over the globe.

The Anne Frank House museum is located in the same building as the Frank family's hideout. It did not immediately comment on the historian’s research. Ronald Leopold, the museum director, called the conclusion of the cold case team "an interesting theory", but stated that he still believes there are many pieces to the puzzle. These pieces must be further examined in order to determine how to value this theory. 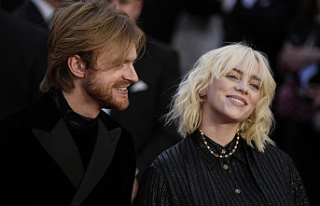