Eight-year-old carried away: Italy is looking for two missing people after heavy rain

After the heavy floods in central Italy, the clean-up work begins. 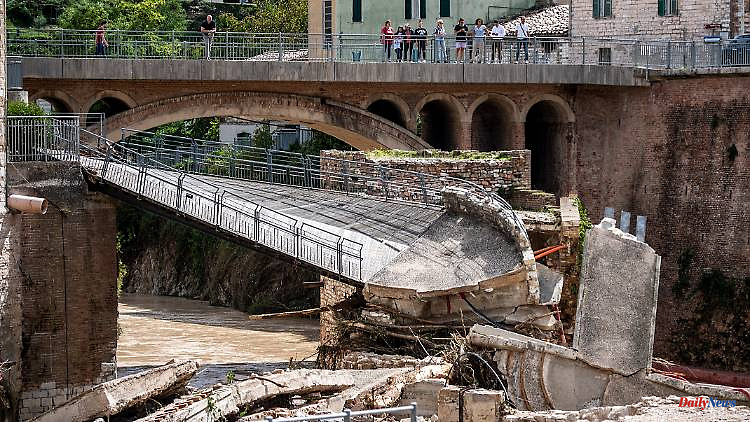 After the heavy floods in central Italy, the clean-up work begins. However, two people are still missing, including an eight-year-old boy. The government provides emergency aid, Pope Francis calls for more talks on climate change.

After the severe flooding in central Italy, rescue workers continued to search for two missing people over the weekend. Eleven dead have been recovered in the area in the Marche region so far, as announced by the prefecture of the city of Ancona.

The two missing include an eight-year-old boy who was snatched from his mother's arms during Thursday's extreme storm. According to the civil defense, around 1,000 emergency services from several parts of the country helped with the search and the clean-up work, including 350 firefighters.

Prime Minister Mario Draghi promised support to the affected areas during a visit and spoke of a "disaster". More than 50 people were injured, around 150 people had to be taken from their homes by rescue workers. Emergency aid of five million euros is coming from the government.

Pope Francis also commented on the accident in a newspaper interview and appealed to politicians to deal with the reasons for such weather phenomena. "The dramatic flooding in Marche, which has caused sorrow, destruction and pain across the country, is the next proof that the fight for the climate deserves the same attention as Covid and the war," the pontiff told the newspaper Il Mattino ".

There is criticism from residents as to why the region was not better prepared for such events, especially since it was not the first accident. However, experts said that such masses of water could not have been foreseen after months of drought, dryness and heat - within a few hours as much rain had fallen as usual in half a year.

A woman and her eight-year-old son were also surprised in their car in the village of Barbara. When the two got out, the boy was torn from his mother's arms by the masses of water. "There was this superhuman strength," the woman told La Repubblica newspaper. Her son then clung to a tree trunk. "He tried to stay afloat. A few seconds, then he disappeared into the darkness." More rain was forecast for the weekend. The mayors called on the residents to go to higher floors in their houses to be on the safe side.

Almost 200 kilometers south, three people were seriously injured in a storm in the Adriatic city of Pescara on Saturday. According to the police, one of them was an employee of a beach company. This was hit by an object, wrote the Ansa news agency. 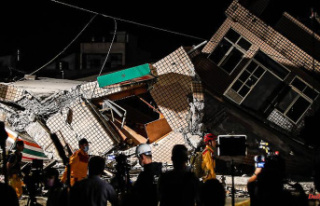