A Lufthansa Airbus made an unscheduled landing in Angola's capital Luanda with only one engine running. 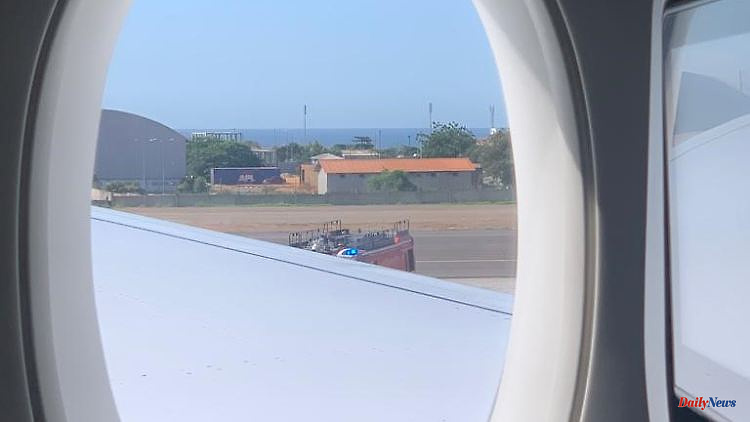 A Lufthansa Airbus made an unscheduled landing in Angola's capital Luanda with only one engine running. The pilot had previously switched off the other engine of the A350-900 because technical irregularities had been reported, the company reported on Monday. The incident had already occurred on Saturday on flight LH575 from Cape Town to Munich, with 271 passengers on board. A spokesman dismissed reports that the engine had caught fire. A team of technicians is currently on site to check the aircraft. At no time was safety on board compromised. The passengers were all rebooked or accommodated in hotels. Annoying that Lufthansa had not only limited its communication with passengers and relatives to the bare minimum, but to nothing at all. ntv.de talks to Marie O. from Germany, who is doing an exchange year in a South African school and wanted to fly home for the Christmas holidays. After the holidays she will be in the 11th grade. Finally - after half a year - she flies back home to meet friends and family. However, the reunion is still delayed.

ntv.de: You boarded a Lufthansa Airbus 350 from Cape Town to Munich on Saturday morning to spend the Christmas holidays in Germany. What happened then?

Marie O.: It started with the fact that the flight was delayed. But that's nothing unusual. What was unusual, however, was that there was no light in the on-board toilets, as other passengers have said. I didn't notice anything in that direction.

What happened next on the plane?

The pilot informed us – by then we were probably already in Angolan airspace – that we would be landing in Luanda because of a defect in one of the engines and that this engine would be switched off as a precaution.

It actually worked, no one was panicking or anything. However, we tumbled to the ground rather than flying. However, the landing seemed very safe and professional to me, we circled over the airport for a while because we probably had to use kerosene to have less overall weight and make the landing safer. But I only found out about that afterwards.

What annoyed you the most?

That I missed my surprise party on Saturday night (laughs).

What happened when you landed?

We had to sit and wait on the plane for a long time. In the meantime it was said that we could continue flying. My parents got the message, but only after urgent inquiries to the Lufthansa service hotline, that the plane was already in the air again, so I was on my way to Munich. They were very shocked when I called four or five hours later and had to tell them that I was still in Angola.

They then left the machine at some point...

Yes, and we had to surrender our passports. Because of course we didn't have entry visas for Angola. We should then get the passports back when we fly on.

When is that supposed to be?

For me and my roommate - we met on the plane because I spoke to her because I'm still a student and traveling alone - it's supposed to start tonight. Hopefully!

The supply in the hotel is okay?

The hotel is good, as is the supply, but my parents are very unhappy with the lack of crisis management in terms of communication. They did a lot of phoning about what could be up, especially when they thought I was already flying again and then suddenly disappeared from the radar. It was very scary at a distance of 7000 kilometers, they said. Info on the Lufthansa website or an email to those who booked the flights would have been extremely helpful. We didn't know what was really going on, even at the hotel, until we read it on the news online.

Then first of all a hopefully problem-free onward journey!

1 "I love you endlessly": Michelle Hunziker... 2 North Rhine-Westphalia: Flood disaster 2021: Hundreds... 3 North Rhine-Westphalia: snow and ice in the Weserbergland... 4 North Rhine-Westphalia: Greenpeace demonstrates with... 5 Saxony: Two avian influenza outbreaks in the district... 6 Hesse: Police find drugs after an apartment fire in... 7 Hesse: 35-year-old hit by train and seriously injured 8 "The House of Lords is untenable": Labor... 9 No return to the old order: Scholz wants to position... 10 Blood revenge by the head of parliament?: Well-known... 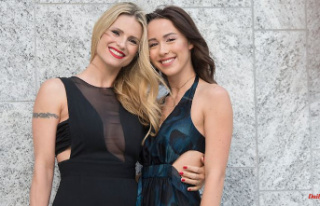 "I love you endlessly": Michelle Hunziker...