A lucky guy from Berlin hits the Eurojackpot and wins 120 million euros. 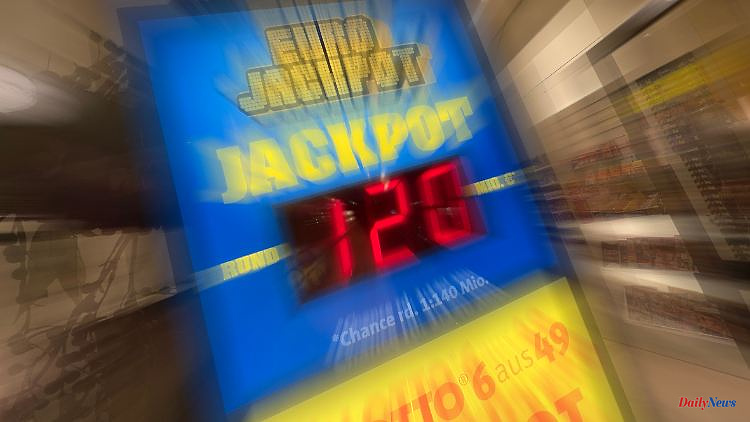 A lucky guy from Berlin hits the Eurojackpot and wins 120 million euros. In prize class one, the winner guessed the correct numbers 15, 17, 23, 35 and 38 as well as the euro numbers 4 and 9. The jackpot was last hit in September.

A lottery player or a lottery syndicate from Berlin has cracked the €120 million jackpot, setting a record win for Germany. With the winning numbers 15 - 17 - 23 - 35 - 38 and the two euro numbers 4 and 9, a player was correct for the first time after 16 draws without a main prize, as Westlotto announced on Tuesday after the draw in Helsinki. According to the information, 17 other tipsters or syndicates were able to look forward to winnings in the millions in the second prize category. 1,209,751.50 euros went four times to Baden-Württemberg, three times to Bavaria, three times to Berlin, twice to Hesse and once each to North Rhine-Westphalia and Rhineland-Palatinate. There was also a winner in Denmark, Hungary and Poland. The 18 participating countries changed the rules for the tenth anniversary of the European lottery at the end of March 2022 and raised the upper limit from 90 to 120 million euros. In May, a syndicate from North Rhine-Westphalia cleared 110 million euros and thus set a record profit for Germany. That has now been surpassed. A maximum jackpot of 120 million euros had previously been cracked. The prize went to Denmark in July.

The high sum of the jackpot builds up when no player crosses the drawn numbers 5 out of 50 and the Euronumbers (additional numbers) 2 out of 12 correctly. The undistributed money from the first prize category then goes into the jackpot for the next draw. The draw is in Helsinki, and the lottery is coordinated by Westlotto in Münster. The probability of winning the Eurojackpot is 1 in 140 million. 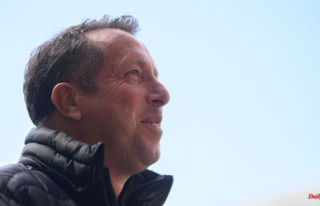 Hesse: Wiesbaden jumps to promotion after 1-0 against...