Exceptional heat: Rail services paralyzed in parts of the UK 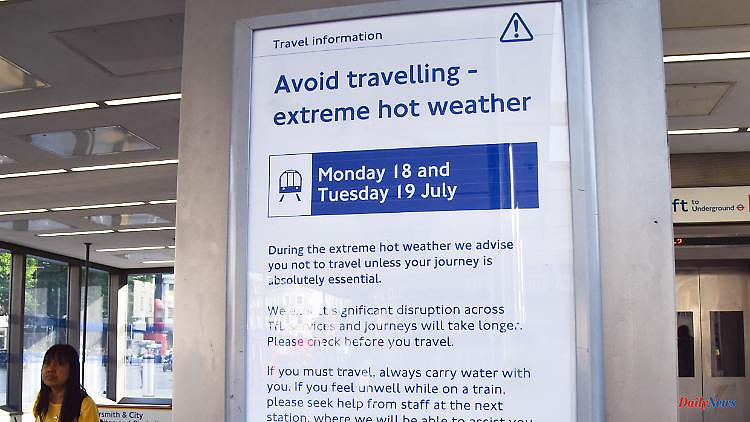 Heat records are also expected in Great Britain. But the extreme temperatures are not only an immediate danger for people: the infrastructure is also being put to the test.

Extreme temperatures are forcing British railways to ground routes in parts of the country. As the route network operator Network Rail announced, operations on the main railway lines along the English east coast and in the Midlands were completely stopped this Tuesday. People have been urged to change their travel plans.

"We don't make these decisions lightly. Our engineers are working very hard to assess the infrastructure's resilience in this record-breaking heat and we decided we had no choice but to shut it down," said the Network Rail chief Manager Jake Kelly of the BBC. It is feared that the high temperatures will cause damage to the track systems if the steel expands.

The extreme heat at London's Luton Airport caused significant disruption on Monday. The airport said the surface of the runway had been damaged by the high temperatures. According to reports, several flights had to be canceled or diverted.

Up to 42 degrees Celsius are expected throughout the day in parts of England. If confirmed, it would be the highest temperature ever recorded in Britain. The previous temperature record in Great Britain is 38.7 degrees and was measured in Cambridge in 2019.

The British weather service Met Office issued a red weather warning for the first time at the end of last week due to heat. According to the Met Office, Tuesday night was the warmest since records began.

1 Since the birth of their daughter Ilvi: Schölermanns... 2 After a botched beauty procedure: "Disfigured"... 3 Astrophysicist and animal rights activist: Queen legend... 4 Asymmetric Stretch: Skin folds make elephant trunks... 5 North Rhine-Westphalia: Many cases of illness: Several... 6 Baden-Württemberg: Mahle relies on battery diagnostics... 7 Baden-Württemberg: An ailing Sosa is training again... 8 Thuringia: Modernization of the cabrio car of the... 9 Hesse: Foreigners benefit from the right to stay before... 10 Thuringia: dog locked in the blazing sun at 33 degrees... 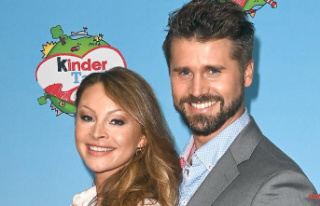