Internal differences, blame and a heated discourse about the controversial statements of the former PEN President Deniz Yücel: The German offshoot of the authors' association PEN has been in a crisis of meaning for some time. 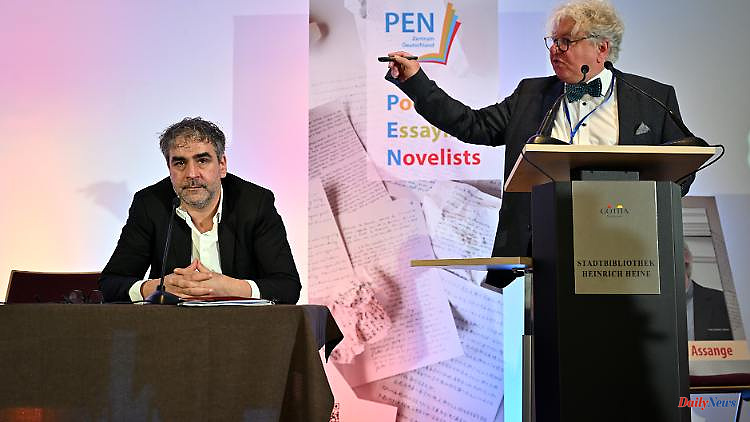 Internal differences, blame and a heated discourse about the controversial statements of the former PEN President Deniz Yücel: The German offshoot of the authors' association PEN has been in a crisis of meaning for some time. Around 230 writers are now daring to make a fresh start.

After internal quarrels at the PEN authors' association, around 230 authors want to set up an alternative association. In addition to the former PEN President and journalist Deniz Yücel, the founding members include Daniel Kehlmann, Christian Kracht and Eva Menasse. The association is to be founded on Friday in the Berlin Literature House.

"We want a new PEN," it said on the website. "A contemporary and diverse PEN in which writers and translators of all literary and journalistic genres who write in German or live in Germany come together." A new PEN is needed that "denounces grievances together and regardless of origin and attitude and helps those whose freedom of expression is threatened".

Recently there had been controversy about the writers' association PEN-Zentrum Deutschland, of which Yücel was president for several months. For example, there was a dispute not only about statements made by Yücel, who had called for a no-fly zone in Ukraine, but above all about the management style on the board.

Although a motion to vote Yücel out of office failed, he surprisingly resigned from office in mid-May. "I don't want to be a figurehead for this bratwurst stand," the 48-year-old said at the time. The majority of the members are "important and self-portrayal" who have hijacked the association and for the persecuted authors are only accessories. There are more than 140 writers' associations worldwide, united in the international PEN. The three letters stand for the words Poets, Essayists and Novelists.

The German PEN center sees the announced founding of an authors' association as an addition to its work. "We see this as an enrichment of the work of the PEN in the effort to reposition ourselves," said the Secretary General of the German PEN center based in Darmstadt, Claudia Guderian, on request. You want to make contact. Most of the authors who have committed themselves to the new foundation are still members of PEN. There were very, very few resignations. In addition, everyone has the freedom to found an association.

1 The Council of State requests that the Nupes be considered... 2 Echirolles. Resistance: The City against the transfer... 3 The big crawl: Green roofs surprise with biodiversity 4 From 2024, the European Union will impose a single... 5 Bavaria: dead after fire found in apartment building 6 Soccer / Nations League. The women's jersey will... 7 After legal tug of war: Fiji hands over Russian yacht... 8 Val de Marne. In Vincennes, a building is partially... 9 Together! According to two polls, the leader of the... 10 Crooks, crypto chaos, rise: SG Wattenscheid 09 rises... The Council of State requests that the Nupes be considered...