Experts advise in Geneva: is the WHO sounding the alarm because of monkeypox?

The accumulation of evidence of monkeypox has alarmed the health authorities in several countries. 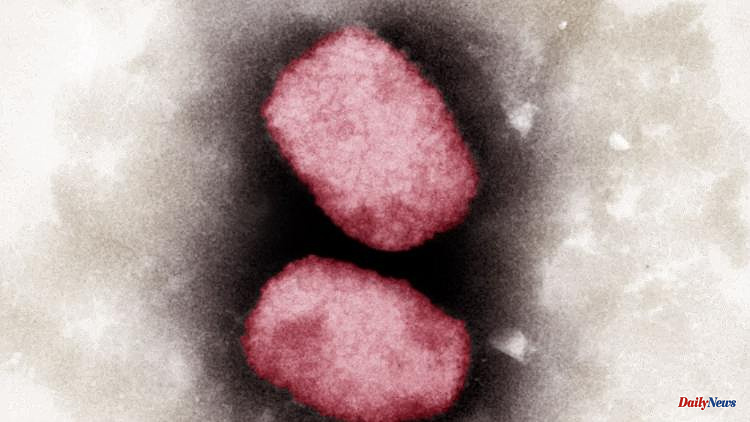 The accumulation of evidence of monkeypox has alarmed the health authorities in several countries. In addition to Corona, is there now another “emergency of international scope”? WHO experts do not rule this out.

Monkeypox has spread around the world in a short time. More than 2,100 cases have been reported in Germany since mid-May. An emergency committee convened by the World Health Organization (WHO) is therefore meeting today for the second time in four weeks. Is the situation so dangerous that he will recommend declaring an "emergency of international concern"?

Why is the committee meeting?

The WHO wants recognized experts in the field to assess whether there is a major threat to public health. The WHO is concerned about the increase in reported cases. In countries where the virus was previously virtually unknown, the US health authority CDC has already counted more than 14,000 cases this year. Only in Africa were there a few countries that reported monkeypox outbreaks from time to time. "We don't want to wait for the situation to get out of hand," said WHO specialist Ibrahima Socé Fall when the committee first convened in June.

How did the experts assess the situation?

Although they found the situation to be of an "emergency nature", they found that more information, for example about the routes of infection and the symptoms of the disease, was necessary in order to assess whether it was an "emergency of international scope". They also noted that the number of cases had plateaued or possibly fallen in some countries.

What does it mean when an emergency is declared?

A Public Health Emergency of International Concern (PHEIC) declaration is the highest level of alert that WHO can raise. This has no immediate effects. Rather, this should increase the attention of the 194 member countries. The expert council can recommend that clinics and practices keep an eye out for cases and provide information to ensure that as few people as possible become infected. The council also assesses the risk of international spread and risks to travel. What conclusions governments draw from this is up to them.

If the emergency is declared, does the world have to prepare for a pandemic like the coronavirus?

no The WHO declared an "emergency of international concern" for Sars-CoV-2 on January 30, 2020. But the diseases cannot be compared at all.

In contrast, the Sars-CoV-2 coronavirus spreads via virus-containing aerosols that are produced when infected people breathe, cough and speak. The aerosols can remain in the air for a long time, which contributes to rapid spread. As of January 30, 2020, Corona had a good 20,000 confirmed and probable infections with the new virus in China and 83 reported cases in other countries.

What are the pros and cons of declaring a global emergency?

On the other hand, the number of infections is not increasing explosively because, according to the current state of knowledge, transmission is much more difficult than with Corona. To date, no serious or fatal course of the disease has been observed. There is already a vaccine. It was developed against smallpox, but is also effective against monkeypox.

This speaks for itself: The virus behaves differently than was previously known. Monkeypox is actually a disease of rodents in West and Central Africa. Occasionally they jump over there to monkeys and humans. Human-to-human transmission is possible with close contact. What is new is the spread in Europe and elsewhere.

The WHO has previously been criticized for responding too late to threats. After the Ebola outbreak in West Africa in 2013, it only responded with emergency measures in August 2014. More than 11,000 people lost their lives. She was also accused of this in the case of Corona. But the problem was more that many countries - including Germany - despite all the WHO warnings in January 2020, wrongly felt that they were well armed for too long. The WHO has now registered more than 560 million corona infections and more than 6.3 million deaths. She assumes a high number of unreported cases.

How is the situation in Germany?

1 Aquaplaning after thunderstorms: drivers get out on... 2 Worth 275,000 euros: SEK finds 18th-century violin... 3 Trend continues: German cities continue to shrink 4 Sources of fire, midday heat, ventilation: Twelve... 5 Blast in the Heat: Feel free to let the lawn brown 6 Trial against ex-consultant begins: Trump hopes for... 7 Enjoy summer nights: planting and lighting tips for... 8 Body temperature too hot outside: why don't you... 9 Bavaria: Sparks in straw press set stubble field on... 10 Bavaria: Harvested field near Regensburg is on fire 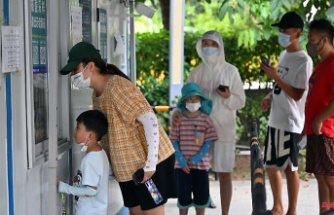 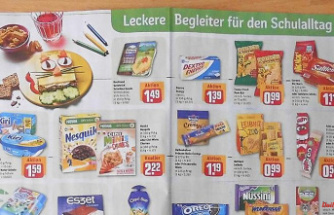 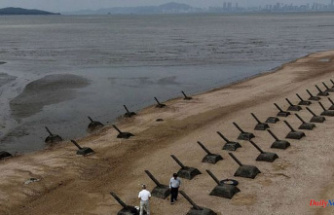 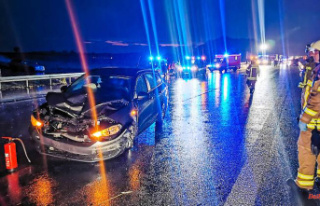 Aquaplaning after thunderstorms: drivers get out on...