The major fire in the Gohrischeide can largely be extinguished by emergency services. 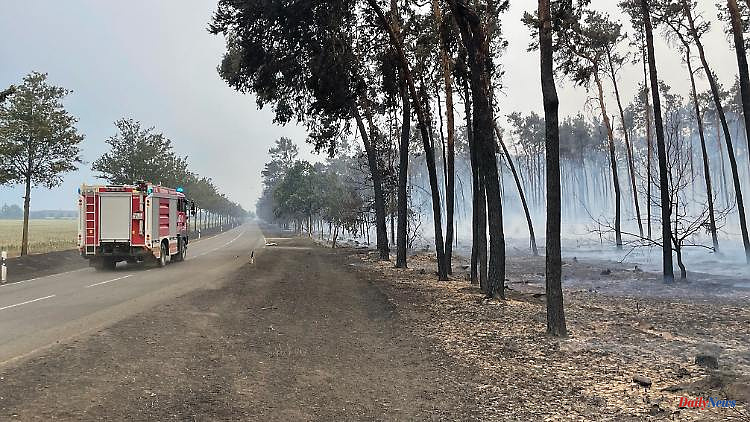 The major fire in the Gohrischeide can largely be extinguished by emergency services. The danger has not yet been eliminated, warns Brandenburg's Interior Minister Stübgen. In the ground, temperatures would continue to be over 500 degrees. New wildfires could quickly break out there.

Brandenburg's Minister of the Interior Michael Stübgen warns that the great forest fire on the Brandenburg-Saxon road could flare up again. There is no longer an open fire, said the CDU politician after a visit to the technical operations center in Neuburxdorf in the Elbe-Elster district. "But the heat in the ground is still over 500 degrees and more, because the humus layer is still glowing and glowing here," explained the minister. "And therefore the danger is not yet eliminated."

According to the rescue control center in Lausitz, around 250 firefighters are on duty to fight embers in the Brandenburg fire area. It is important to use the time window up to the higher temperatures expected for Sunday in order to eliminate as many danger spots as possible, said Norman Barth from the state fire brigade school. "It's still smoking back there - that could mean open flames and flying sparks again tomorrow," he explained. This could quickly lead to wildfires again. "It cannot be ruled out that it will still be difficult tomorrow."

According to the fire brigade, there is currently no longer any danger to towns and people on the Saxon side. The fire was not completely extinguished there, as operations manager Matthias Heydel from the Zeithain fire brigade said. There are still 75 forces in action.

"We still have a fire in the core area in Gohrischheide, which is slowly spreading," Heydel reported. However, the emergency services could not get there at all. The location of the fire is in the middle of the nature reserve, is overgrown and cannot be reached on paths. The fire is monitored by drone and should be received by the firefighters at a fire break. In favorable wind conditions there is also a chance that this fire will simply die out.

The major fire broke out in Gohrischheide in Saxony on Thursday and spread to Mühlberg (Elbe-Elster) in Brandenburg on Friday. More than 800 hectares were at times in flames. An interim evacuation of the local locations of Kröbeln and Kosilenzien in the city of Bad Liebenwerda was lifted again on Friday evening. 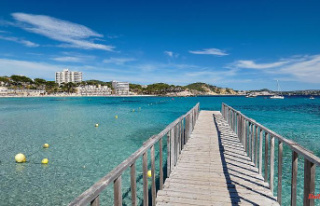