Falling corona incidences: is the summer wave already over?

The Germany-wide 7-day incidence is not increasing any further, in some federal states the number of cases is falling significantly. 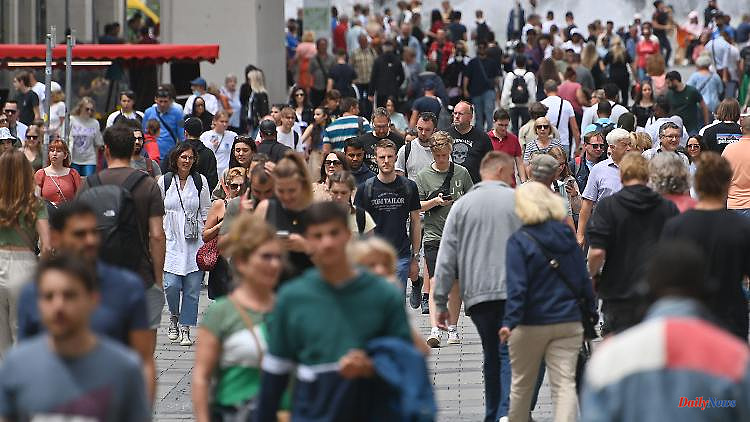 The Germany-wide 7-day incidence is not increasing any further, in some federal states the number of cases is falling significantly. The summer wave seems to be coming to an end. But you can't say for sure, new infections are still increasing elsewhere. The health system has big problems anyway.

By the end of June, the number of new infections nationwide had risen sharply, since then it has stagnated and is now declining. In North Rhine-Westphalia, Lower Saxony and especially Schleswig-Holstein, the incidences are even falling significantly. On the other hand, there is Saarland, Bavaria, Hesse or Brandenburg, where the number of cases continues to skyrocket. So the summer wave is probably not over everywhere yet, but overall it may have already passed its peak.

It is highly doubtful whether the reported numbers even approximate the infection process. Many people do not do a PCR test after a positive rapid test, without which they fall through the statistical grid. Younger people in particular may not even notice that they have been infected or simply ignore mild symptoms.

The fact that the number of unreported cases must be much higher can also be seen from the proportion of positive PCR tests, which, according to the RKI dashboard, is around 54 percent across Germany. The values ​​given by the federal states are sometimes even higher, in Bremen the positive rate is said to be over 92 percent. In Berlin, on the other hand, according to the dashboard, the value is only around 9 percent. The validity is questionable, the capital itself states in its management report that the proportion of positive tests is almost 26 percent.

The current case numbers hardly show more than a trend. But one can at least say that the wave in the north-west has actually broken (for the time being) and the decline in incidence there is not only due to the start of the holidays. One might think that this is the case, since the curve in Schleswig-Holstein, for example, bends exactly at the start of the summer holidays on July 3rd. However, 7-day incidences show values ​​from a week ago, so the reported new infections fell significantly before that.

Something similar can be observed in NRW. The numbers there have been falling since the start of the summer holidays on June 27th. In Lower Saxony, the holidays don't start until tomorrow, but the incidence has been falling sharply since the beginning of the month. The Hamburg students have been free since July 7th, the number of cases in the Hanseatic city had already fallen from around 900 to 800. Barely a week into the start of the holidays, they are approaching 550 new infections per week and 100,000 residents.

It is interesting that Thuringia, Saxony and Saxony-Anhalt currently have the lowest incidences with around 330, 420 and 430 cases. The increase has so far been much flatter than in most other federal states and also seems to have already reached or even exceeded its peak.

More important than less meaningful case numbers is the burden on hospitals from Covid 19 patients. Here, the German 7-day incidence of hospitalization has doubled within the past four weeks from around three to almost six cases per 100,000 inhabitants, and the trend is rising. An ebbing of the wave will only have an effect there with a delay.

The summer wave can also be clearly felt in the intensive care units. According to the DIVI intensive care register, there were only 606 corona patients nationwide on June 5th, now there are 1211.

This does not necessarily reflect the level of reported incidence in a federal state. Hesse, for example, currently has the second highest value with around 975 new infections. Within the past four weeks, the number of intensively treated Covid 19 patients there has only increased from 62 to 94.

In Saarland, which currently has almost 1,100 new infections per week and 100,000 inhabitants, the number of corona intensive care patients has almost tripled since mid-June. But at 32 cases, it's still a long way from the highs last December when there were over 90 patients. It is even clearer nationwide, there were almost 5,000 people infected with Covid 19 in the intensive care units in winter - four times more than now.

In addition, according to intensive care physician Christian Karagiannidis, only about half of corona intensive care patients need lung support. Before Omikron, this was significantly more, tweeted the head of the DIVI intensive care register. In addition, the very severe courses were increasingly limited to old people. Around 80 percent of the patients treated intensively with Covid-19 are over 60 years old, 56 percent are older than 70.

The fact that the current Omikron variants lead to severe illnesses much less frequently than their predecessors can also be seen from the development of deaths. The 7-day average has only risen from 65 to 91 registered corona victims since June 13. In mid-December the value was almost 380, in mid-May almost 140 deaths.

Nevertheless, the situation in many German hospitals is very tense. The main problem is currently staff shortages, according to Karagiannidis. As early as June 26, he tweeted that the number of high-care intensive care beds that could be operated had reached its lowest level since it was recorded.

At the peak of the last winter wave, the DIVI intensive care register reported up to 4000 free beds, now there are just under 3000. In Berlin only 11 percent of the beds are not occupied, in Bremen it is not even 2 percent. So it's no surprise that more than half of the hospitals consider their own operational situation to be limited.

This is currently more indirectly related to Corona, of the 18,103 intensive care patients nationwide, only 1211 have Covid-19. However, the already chronic shortage of staff is exacerbated by infected staff. The German Society for Interdisciplinary Emergency and Acute Medicine (DGINA) currently counts almost 60 percent of central emergency rooms with staff shortages due to Corona.

If a comparatively harmless summer wave can already put so much strain on the weakened health system, you have to worry about the coming autumn and winter. "Here it will be decisive how many of the risk patients can still be vaccinated and how the virus will continue to develop in terms of possible new variants," Karagiannidis told the medical journal.

The President of the German Society for Immunology, Professor Christine Falk, also finds vaccinations crucial, especially the booster dose. The third vaccination has a very decisive protective effect against severe courses and hospital stays - in all age groups, she told the SWR. This is also shown by the latest vaccination report from the RKI.

Falk can even get something positive out of the summer wave. "We were able to measure that a triple vaccination and a subsequent corona infection leads to an even better immune response." Due to the many infections and the increasing rate of triple vaccinations, the population is building up better and better basic immunity, according to the epidemiologist. But that only helps in autumn and winter as long as the Omikron variants remain.

1 Petition for clemency after 50 years in prison: British... 2 Last days of Mallorca detention ?: Cone brothers get... 3 Abuse scandal in the church: No investigations against... 4 Sisters promoted: For the first time, the Pope involved... 5 More women in politics: Germany moves up the gender... 6 In a Berlin gym: member of the Remmo clan stabbed 7 "It's really outrageous": Up to 44... 8 Drought drama and water war: "apocalyptic conditions"... 9 Specialists are looking for the cause: two men die... 10 Police use tear gas: Sri Lanka declares a state of... 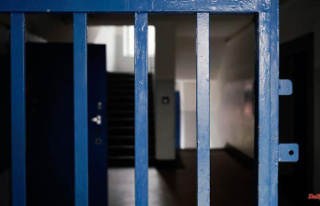 Petition for clemency after 50 years in prison: British...