In view of the numerous vaccinations administered and a pandemic on the back burner, many Eastern European countries are calling for the supply contracts for corona vaccines to be renegotiated. 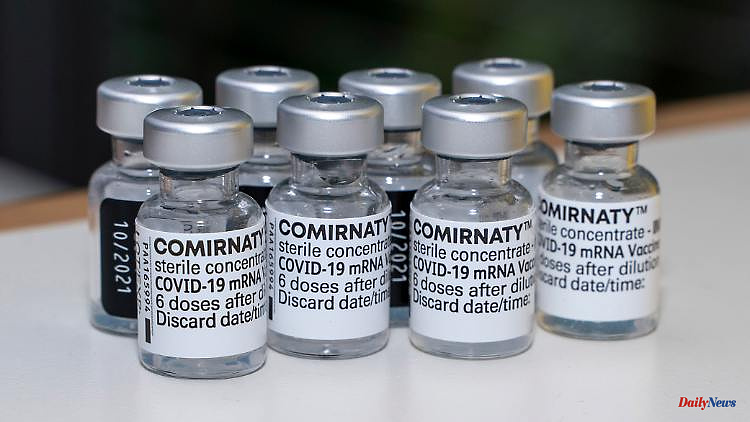 In view of the numerous vaccinations administered and a pandemic on the back burner, many Eastern European countries are calling for the supply contracts for corona vaccines to be renegotiated. Otherwise, many doses would expire because they would not be vaccinated. But it's also about a lot of money.

Eastern European EU member countries are increasing pressure on Pfizer and other manufacturers to renegotiate Covid-19 vaccine contracts. In a letter to the Commission obtained by the Reuters news agency, Polish Health Minister Adam Niedzielski, together with his counterparts from Bulgaria, Croatia, Estonia, Hungary, Latvia, Lithuania and Romania, are urging a "reduction in the quantities of vaccines ordered". The contracts were concluded at a time when the development of the pandemic was not yet foreseeable and should now be changed as the situation improves. Otherwise there is a risk of the vaccine being wasted.

Poland, which is taking the lead in these talks, alone has more than 30 million doses of Covid vaccine in stock and would need to buy another 70 million under existing deals, a Polish diplomat told Reuters. "We see an excessive burden on state budgets, combined with the delivery of unnecessary quantities of vaccine," the joint letter said. "There is a high probability that the cans shipped to the European Union will end up being disposed of."

The topic is also to be discussed at the meeting of EU health ministers in Luxembourg, as French Health Minister Brigitte Bourgignon said. EU Health Commissioner Stella Kyriakides said the Commission will continue to work to ensure the supply of vaccines tailored to Member States' needs, including potentially adapted vaccines. "The pandemic is not over yet. We must be prepared for the coming months," she wrote on Twitter. The contracts with the companies must be observed and cannot be changed unilaterally by the EU.

During the acute phase of the pandemic, the EU Commission and the governments of the international community decided to buy large quantities of vaccines, mainly from Pfizer and its partner Biontech, because they feared insufficient supplies. However, the number of vaccinations has now fallen significantly, with many countries now pushing for changes in contracts to reduce quantities and lower spending.

In Poland, about 60 percent of the roughly 38 million people are fully vaccinated, compared to over 70 percent in the EU as a whole. Pfizer and Moderna - also a major supplier of Covid vaccines to the EU - have already agreed to delay some deliveries. But that is an "insufficient solution and only delays the problem," according to the joint letter from the ministers. A spokesman for Pfizer did not want to comment on this, but referred to the contract changes that had already been made to adjust the delivery dates.

1 "Much more is not possible": Sommerhammer... 2 Recipe for success bad service: "Karen's... 3 Sam strips naked on OnlyFans: Charlie Sheen is mad... 4 Against Abou-Chaker's will: Bushido's swanky... 5 Does omicron vaccine protect against BA.5?: Why the... 6 Baden-Württemberg: More than a hundred trout probably... 7 Bavaria: Bicycles worth 1.6 million euros disappeared 8 Hesse: Fine notice can be paid when shopping 9 Baden-Württemberg: No quick changes with stricter... 10 Baden-Württemberg: Water withdrawal from streams...

After harsh criticism: the Rotterdam bridge does not have to give way to the Bezos yacht
BREAKING NEWS 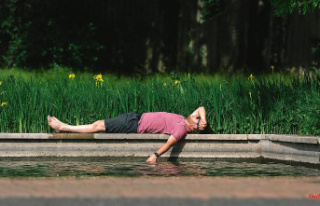 "Much more is not possible": Sommerhammer...