Fatal sham debate: "We won't solve a problem of violence with stigmatization"

After the violent New Year's Eve incidents in Berlin and other cities, there are many estimates as to how this could have happened. 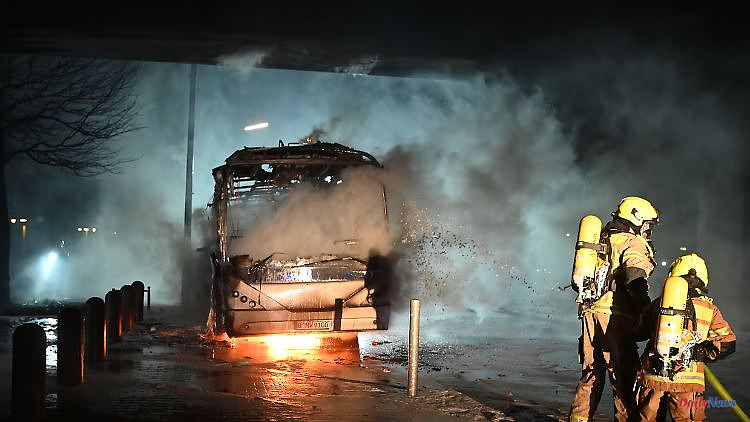 After the violent New Year's Eve incidents in Berlin and other cities, there are many estimates as to how this could have happened. Violence trainer and conflict researcher Swen Körner is extremely critical of this, because facts are not sufficiently taken into account. That creates more problems than it solves.

ntv.de: To what extent is the migrant origin of the perpetrators an explanation for the attacks on New Year's Eve?

Swen Körner: It provides a presumed explanatory approach, which I would like to start critically with right away. We have to take the time to analyze exactly who did it and what actually happened. There is - as of now - not enough information. The great danger is that when we are already talking about groupings, for example people with an immigrant background or other forms of belonging, public opinion becomes generalized very quickly. This leads to alarmism and an emotionalization of the debate that is not effective.

In Berlin there are already a few facts about those arrested. They are mostly men, a total of 18 different nationalities were recorded. About a third had German citizenship. What does that say about this group?

It says something about the proportion of men and women and something about the passports. But the question is, what is relevant about it? If you want to see to what extent the attacks are a symptom of unsuccessful integration, of parallel societies, of a brutalizing society and youth culture, then you could choose this approach. First of all, however, it is young people who have used violence. But we also had that in 2020, we had that on New Year's Eve 2015/2016, and we have that at almost every Bundesliga game. Groups of men regularly fight with state authorities and emergency and rescue workers are injured. Collective outbreaks of violence are a phenomenon that we can observe again and again. Therefore, as a scientist, I now see no particular singularity of the event. A new age has not dawned and we are not experiencing a new quality of violence.

The fact that firefighters, paramedics and police officers are being attacked is still part of the picture. These are professional groups that help people and keep society going. This makes the attacks appear particularly irrational. Why are these people attacked?

They are attacked regularly, but not as frequently as one might think. In the last three years, we have collected data from rescue workers in the Rhine-Main area. That was about 300,000 mission data. The number of physically violent assaults is just over 20. Their visibility therefore begins at the third decimal place. Every single instance of it is bad and to be condemned. Nevertheless, the diagnosis of increasing violence is too general, in fact the violence is not increasing in many places. For example, the number of police officers killed has even decreased significantly in recent decades. It is also not easy to answer why rescue workers are attacked at all. What happened in Berlin appears to have been planned. Rebellion against state authorities has always characterized youth cultures. This time it happens with firecrackers. For me, the more important question is how we discuss this in society.

To what extent are reflections on ghettoization and educational deficits helpful?

Of course, cramped living conditions, fewer educational opportunities and poor future prospects are risk factors for higher rates of violence. In this respect, you have to take a close look at what integration actually means and not just stigmatize certain population groups. With stigmatization we do not solve a problem of violence, we create it.

What role does the fact that it was New Year's Eve play in these attacks - i.e. alcohol was probably consumed and firecrackers were available?

We know from research on the dynamics of such attacks that special events carry a higher risk of violence. This includes football matches, but also New Year's Eve. Lots of people come together, often men, alcohol is often involved and this increases the risk of violence. There are tipping points where this turns into aggressiveness, the risk and danger assessments change. Such dynamics of violence cannot be completely eliminated. In addition, according to our studies, violence often arises as an interaction effect, especially with representatives of state violence. Ultimately, a lot also depends on how the police and emergency services deal with these situations.

What could firefighters, emergency services and police officers have done differently?

We know that the largest number of missions takes place on New Year's Eve. The rescue workers also have that on their screens. It is important to be prepared for the fact that there will be more going on, that conflicts can also arise and that violence can also occur.

You teach de-escalation techniques to emergency services, what can they do if they encounter a violent situation during an operation?

If the violence is already there, only one thing helps: get out of the situation. Because that's not the job rescuers are trained to do. In the case of violence, de-escalation no longer helps either. This only makes sense if you are dealing with people who may be in an exceptional situation but are still accessible. If the fists or firecrackers are already flying, you have to take care of self-protection and see that you can get away. If you can't get away, you have to defend yourself. We are then in the area of ​​self-defence. Rescue workers usually have a good sense of how the situation is structured and whether it makes sense to have an empathetic effect. Or if you should call the police.

Another option, of course, is prevention. What can help so that violence appears less of a possibility?

We know from research and social work that it makes sense to make targeted contact with people and groups who are prone to violence. Of course, those who commit crimes must be punished for them. But in the long term, from our experience, it is important to know what makes these people and groups tick and to strive to achieve greater acceptance for the police and emergency services. If they notice that I'm dealing with a police officer here and can actually talk to him quite coolly, then they get a different approach. In this way, prejudices can be broken down and a better understanding developed for one another. 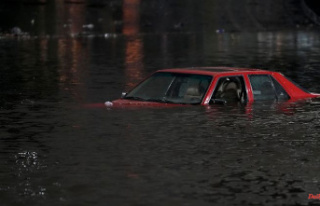