Fire in the metropolis of Changsha: Fire rages on dozens of floors of a high-rise building

Fatal fires are not uncommon in China because of the lax handling of safety regulations. 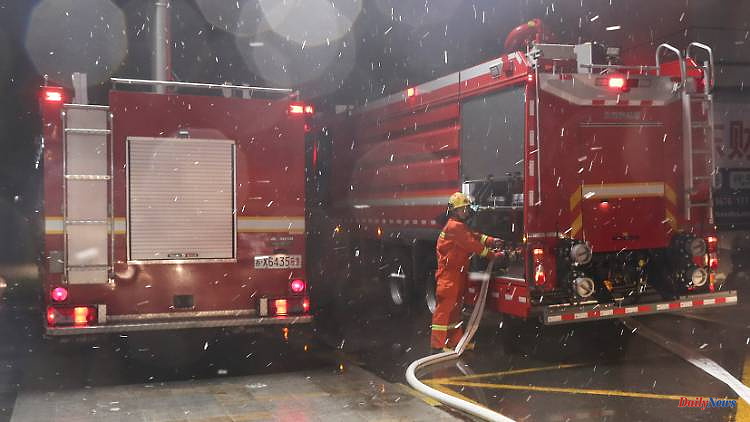 Fatal fires are not uncommon in China because of the lax handling of safety regulations. An incident in Changsha just got off lightly: The fire brigade can put out a huge fire in a skyscraper before there are any deaths or injuries.

A major fire in a skyscraper has kept the fire brigade in the Chinese metropolis of Changsha in suspense. The fire department finally announced that the fire in the 42-storey office building had been extinguished. No injuries or deaths have been found so far. According to state media, the fire, which apparently broke out on an outer wall of the high-rise building, raged on dozens of floors of the high-rise building.

Offices of the state telecommunications company China Telecom are housed in the 218 meter high skyscraper. The company said that according to preliminary information, no victims were injured in the fire and that telecommunications were not affected either. Information on the possible cause of the fire was not initially given.

The state broadcaster CCTV initially reported that a thick cloud of smoke was rising above the skyscraper, and several dozen floors were on fire. In a video published on online networks, dozens of people fled the building and burning debris fell from the upper floors. The authenticity of the video could not initially be verified.

According to CCTV, the office building had been completed in 2000. It is therefore close to a major ring road. Changsha is the capital of Hunan Province and is located in the southeast of the People's Republic. It has about ten million inhabitants. Fatal fires are not uncommon in China due to lax enforcement of safety regulations and an increasing number of unauthorized constructions. In July last year, at least 15 people died and 25 others were injured in a warehouse fire in the northeastern province of Jilin.

In June 2021, a fire at a martial arts center in Henan Province killed 18 people, mostly children. After that, calls for better fire protection standards in China had become louder. In 2010, 58 people died in a fire in a 28-story apartment block in Shanghai.

1 RKI evaluates variant BA.2.75: the number of corona... 2 Appeal to Corona policy: Expert group: "Broad... 3 Wage gap remains unchanged: Equal Pay is not an individual... 4 From the Pouting Corner: The Lord of the Ring Exchange... 5 Estate for the women: Was Queen Elizabeth II a feminist? 6 Everything is possible and nothing has to be: Good... 7 Party drinking as an addiction: "Actually, it... 8 Royals tweet pictures of the Queen: Charles III. and... 9 Photo was taken in May: Palace shows previously unknown... 10 "An event of the century": Steinmeier condoles... 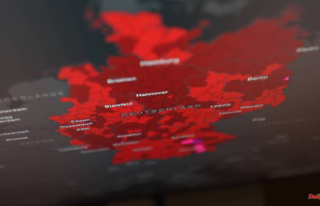