Fire out of control: forest fire in Brandenburg: district should be evacuated

Hundreds of firefighters have been fighting forest fires in Brandenburg since yesterday. 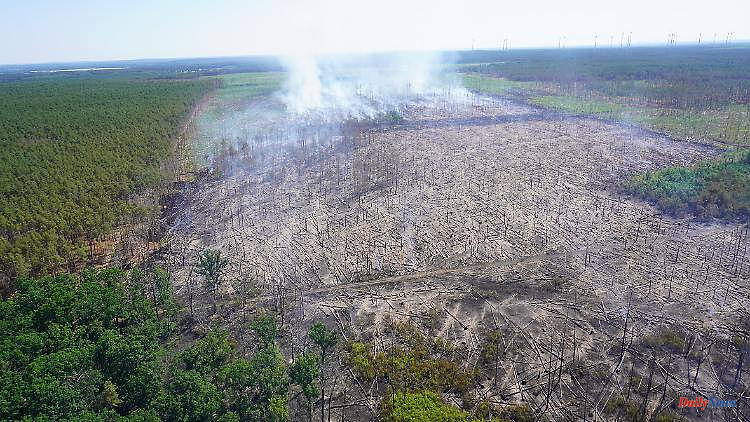 Hundreds of firefighters have been fighting forest fires in Brandenburg since yesterday. The largest fire is considered under control by the afternoon. But in the evening the wind fanned the fire again. That could have fatal consequences for a place.

The forest fire situation in the Brandenburg town of Treuenbrietzen got worse on Saturday evening. The district administrator of the Potsdam-Mittelmark district had declared the disaster, said a spokesman for the regional control center of the fire brigade in Brandenburg/Havel. Because of the increasing smoke development, the residents of Tiefenbrunnen - a part of the town of Treuenbrietzen - may have to be temporarily evacuated for reasons of precaution, the district announced.

The Bundeswehr is helping to fight the forest fire with a transport helicopter. The Air Force wrote on Twitter about 40,000 liters of water in eight circulations. "We started with a CH-53 from Holzdorf for a fire-fighting operation." The district has submitted an application for administrative assistance to help fight the forest fire. "We'll continue to fly tonight, then with night vision goggles. Full commitment!" tweeted the Air Force.

On Friday, a forest fire broke out on about 60 hectares, on Saturday it was still a good 40 hectares. In the course of the day, it was initially said that the situation was stable, but in the evening the wind fanned the embers again.

In 2018, around 400 hectares of forest were destroyed in a forest fire in Treuenbrietzen. Flames raged in the forest southwest of Berlin for several days. Due to the major fire, more than 500 people had to leave the villages of Frohnsdorf, Klausdorf and Tiefenbrunnen. In all districts in Brandenburg, the highest forest fire danger level 5 applied on Saturday. Smaller fires were also registered in many places. Around 160 cubic meters of compost caught fire in Jühnsdorf (Teltow-Fläming), according to the control center of the Brandenburg/Havel fire brigade. The fire has since been extinguished, the spokesman said. However, follow-up checks would take some time.

In Lüdendorf near Treuenbrietzen, three hectares of forest caught fire. The forest also burned in Radeland, a district of the town of Baruth/Mark. The fire was stopped shortly before the settlement border, it said. Firefighters were also called to a fire in the Altes Lager area, a district of the municipality of Niedergörsdorf. This fire is also under control. The extinguishing work continued, however, said the spokesman. 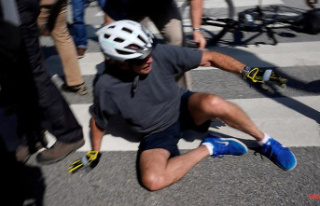 Trip with Jill: US President Biden falls off his bike