Heat and forest fires are making things difficult for the countries in southern Europe. 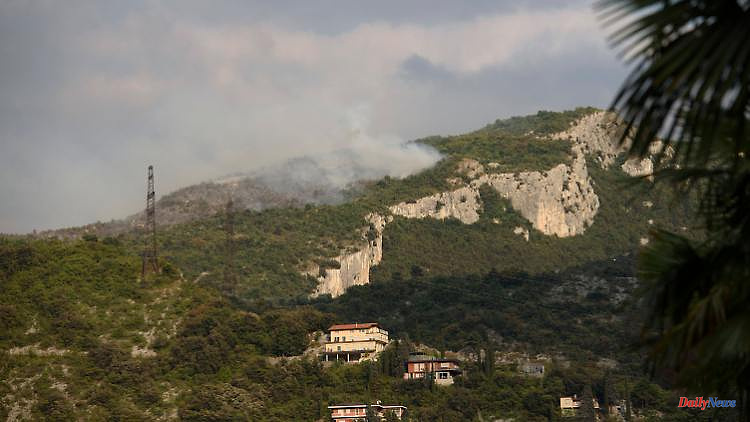 Heat and forest fires are making things difficult for the countries in southern Europe. In an Italian seaside resort, the situation is now becoming dangerous for some tourists. Because a forest fire is getting closer, numerous vacationers have to flee into the sea. It is not the only operation in the popular holiday destination.

Several tourists fled into the sea in the northern Italian Adriatic seaside resort of Bibione because of a forest fire and were rescued there by the coast guard. According to media reports, the fire in the area popular with German holidaymakers broke out on Friday afternoon. When asked on Saturday, the coast guard was initially unable to confirm whether Germans were among the rescued.

Several fire brigades and a fire-fighting helicopter fought the flames on the border between the Veneto and Friuli-Venezia Giulia regions. The mission continues. Videos show how the fires ate up the trees and thick smoke rose into the sky, which could be seen from miles away.

"We hope that it will not be revoked in the coming hours, but there should be no missing persons," said the deputy mayor of San Michele al Tagliamento, Pierluigi Grosseto, the Ansa news agency. The police are investigating the cause of the fire.

Because of the drought, Grosseto says it's possible the flames were self-igniting. The forces fought four fires. In connection with the extreme drought, fire brigades are currently fighting forest and bush fires nationwide in Italy. In the municipality of Gereut (Frassilongo) in Trentino, northern Italy, 90 firefighters, two helicopters and two fire-fighting aircraft responded to a forest fire in an area of ​​around 70 hectares.

Firefighting continued on Saturday. The civil defense warned not to approach the area. The hiking and skiing area is east of Trento. In Tuscany, too, the Lucca fire brigade had to extinguish fires in a burning olive grove on Friday. Forest and bush fires were also raging in Sicily and Sardinia, and fire-fighting aircraft were used to fight them.

1 After arrest of drug lord: 14 dead in helicopter crash... 2 What's the best way to save energy?: Counseling... 3 Four-year-old killed in Vinnytsia: Mother Iryna does... 4 Heavy forest fires in Portugal: Pilot dies in crash... 5 One for all: is it vintage or can it go away? 6 ARD presenter has Corona: Caren Miosga missed the... 7 Pop-Titan back at DSDS: nothing to get without planks 8 Relationship with his nephew ?: Ricky Martin defends... 9 Theodore the "most beautiful gift": Maria... 10 Enjoy summer nights: planting and lighting tips for... 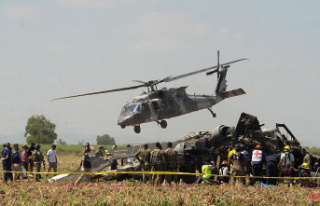 After arrest of drug lord: 14 dead in helicopter crash...