Fled on foot: ATM demolition crash on A643

The escape journey of prevented robbers ends in a crash on the A643 between Wiesbaden and Mainz: After the perpetrators tried in vain to blow up an ATM, they now have to continue on foot. 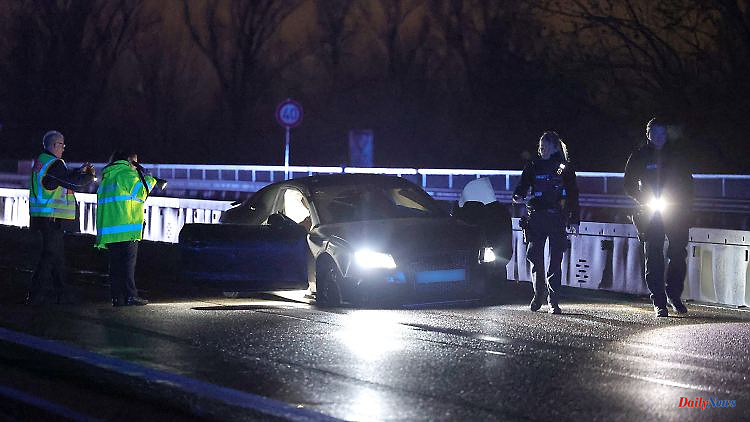 The escape journey of prevented robbers ends in a crash on the A643 between Wiesbaden and Mainz: After the perpetrators tried in vain to blow up an ATM, they now have to continue on foot. Since then, the trail of the criminals has been lost.

Unknown perpetrators first blew up an ATM in Hofheim, Hesse, early Tuesday morning and then caused a serious traffic accident while fleeing. As the police headquarters in Mainz and Wiesbaden announced, the getaway car crashed on the Autobahn 643 between the two cities. The driver apparently lost control of the Audi, which went off the road and was badly damaged.

The inmates fled on foot. Police officers from Hesse and Rhineland-Palatinate were looking for them with sniffer dogs and a helicopter, but so far without success. The car was examined by specialists from the Rhineland-Palatinate State Criminal Police Office (LKA). The Mainz police said it had to be ruled out that there were still dangerous substances in it that were used to blow up an ATM.

Experts in explosive technology from the Hessian LKA, the criminal police and a structural engineer worked at the crime scene in Hofheim. According to the police, the perpetrators did not manage to steal any cash. When the ATM was blown up, however, a commercial building was damaged. Unexploded explosives were also found in the ATM. This had been ignited in a nearby field.

Initial estimates assumed damage to the building in the low six-digit range. On the A643, the lane divider was moved to the oncoming lane as a result of the accident. There were massive traffic obstructions around the Schiersteiner Bridge over the Rhine between the two state capitals. 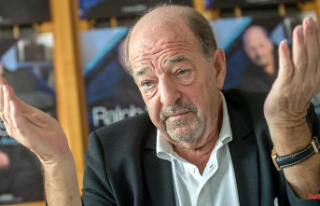