Forecast before dormouse: It's getting hotter again - thunderstorms possible in the south

A heat wave has just subsided when Germany is already looking forward to the next one. 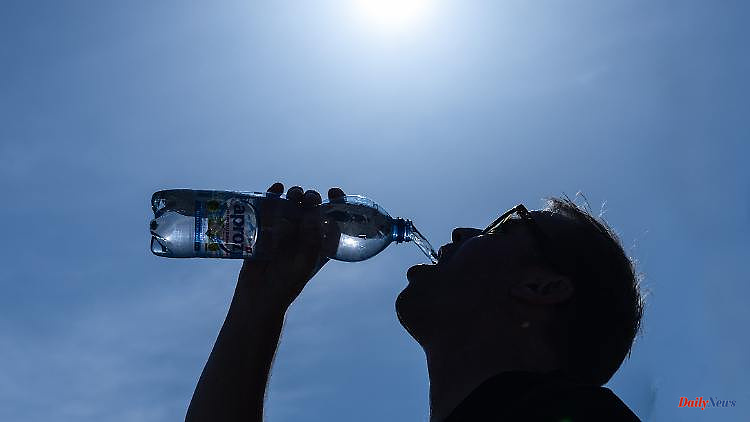 A heat wave has just subsided when Germany is already looking forward to the next one. Because the weather models also show some sweaty calculations for the coming weather week. ntv meteorologist Björn Alexander gives answers to questions about the dormouse and setting the course for the summer.

ntv: What will the weather be like on Seven Sleepers Day... What's the truth behind the farmer's rule?

Björn Alexander: The day of the dormouse is on June 27th, i.e. next week Monday, in the calendar. For various reasons, however, this should not be viewed too narrowly. Because the actual Seven Dormouse Day is actually later due to the postponement with the Gregorian calendar reform. Namely on July 7th. Irrespective of this, the period to be considered is not just one day, but a time window that extends from the end of June to the first third of July. If the weather conditions are stable during this period, there is a high probability that they will last for a few weeks.

Is it possible to say what the probability of hitting this rule is?

In southern Germany, the probability of hitting the dormouse rule is around 70 to 80 percent. In the north it is still around 50 to 60 percent. The reason for these differences is related to the location of the jet stream. This is the weather-controlling flow in the higher atmosphere, which largely determines the weather in our latitudes and usually leads the low-pressure areas from west to east. This tends to affect the north more than the south, which is why it is usually not quite as likely to have more stable weather in the north in summer.

What does June bring us on the last meters?

Currently, the different models still have a respectable range for the course of the coming week, whereby the dormouse itself is all in all shown with a partly increased potential for storms. This is particularly true in the southeast half, where the sometimes hot air is likely to struggle against fresher air from the west for a long time to come.

What trends are the weather computers showing for the start of midsummer, which begins in July?

An exciting development is currently emerging. Because from the south, hot air bubbles from south-west Europe and north Africa repeatedly interfere in the forecasts. As of now, these tend to continue to flood the south and south-east of our country, while the north-west and north are unlikely to remain overheated for as long.

Is such brutal heat as last weekend possible again?

The air masses can certainly be tough and, in addition to the corresponding temperatures, can also be accompanied by great humidity and storms. In terms of maximum values, however, 35 degrees plus X are possible according to the current state of affairs. Of course, there is still a long way to go, and the uncertainties are correspondingly large.

Are there any other forecasts for July?

The experimental calculations of the US weather service NOAA currently see a mostly average temperature in July with a slight excess of heat in the south. It would therefore tend to be too dry in the south and west. The north and the east would at least get a balanced rain account. In view of the sometimes pronounced drought there, that would be a really good development.

1 After forest fires: In Brandenburg, the danger of... 2 Deadly shots by Kusel: Alleged policeman killer is... 3 Donation for Ukrainian children: Muratov raises record... 4 Plea in the terror trial: Several years in prison... 5 Conditions not met: Fynn Kliemann is threatened with... 6 Murder in the Amazon: Boat found by slain journalist 7 Murder case from 1981: Frederike's father dies... 8 Case numbers are going downhill: How bad was the spring... 9 Court upholds marriage ban: homosexuals in Japan suffer... 10 It can happen to anyone: Why male depression is recognized... 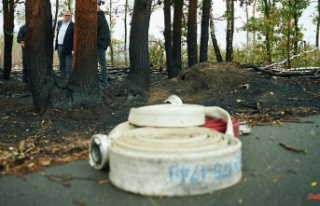 After forest fires: In Brandenburg, the danger of...