With a considerable surplus of sunshine hours, autumn says goodbye and makes way for frostier temperatures. 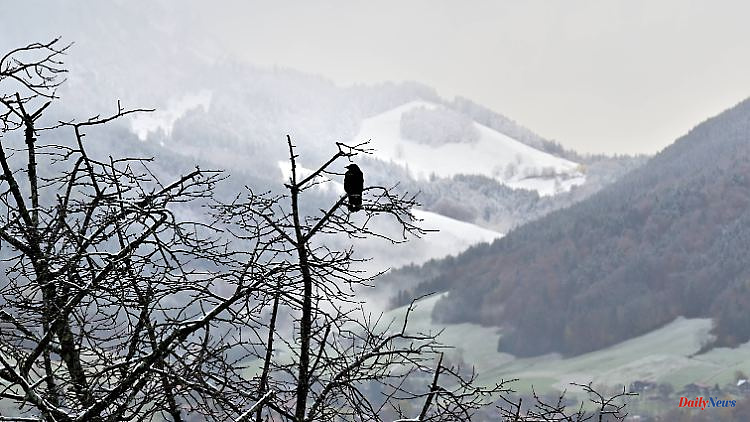 With a considerable surplus of sunshine hours, autumn says goodbye and makes way for frostier temperatures. December begins in many places with cold wind and snow showers. ntv meteorologist Björn Alexander knows whether and where a white Christmas can be dreamed of.

ntv: For the meteorologists, winter begins on December 1st and with that autumn comes to an end. How should autumn 2022 be classified in the weather statistics?

Björn Alexander: Because November, like October, was also too warm, too dry and overall sunny above average, there was also a surplus of heat and sunshine for autumn 2022.

What do the other parameters say for autumn?

When it comes to the sun, operators of photovoltaic systems were able to enjoy around 370 hours of sunshine on average across Germany. This corresponds to almost 120 percent. When it rained, September, which was far too wet, literally saved our backside after the drought in the summer. Because although October and November were too dry, in the end it was enough for an average of almost 200 liters of rain per square meter. That corresponds to a little more than 100 percent.

Autumn is coming, winter is going - what are the long-term trends for the cold season?

The experimental long-term sees plenty of excitement for December. Here the forecasts are for an average to cold course. Particular attention is paid to winter weather with frost and chances of snow on the first and last third of the month.

With snow to the party?

The topic of the white Christmas could - if it comes about as the long-term computers are currently calculating - fail at most due to the lack of precipitation. Because the bottom line is that December is currently rated too dry. Especially in the last third of the month.

What about snow on the second Advent and on St. Nicholas Day next week?

First of all, it will be significantly colder from the east with the meteorological start of winter. Ingredient number 1 with the corresponding temperatures would be in the big weather pot. The second ingredient here would also be the clouds with the corresponding precipitation. But that's where it could hit the ground running at first. If you look at all the weather models, there is still hope for fans of ice and snow.

That there should be fresh snow on the second Sunday of Advent, especially in the low mountain ranges, and that one or two snowflakes could also dance in the lowlands. However, only the Canadian weather model has a real onset of winter with almost nationwide snow until St. Nicholas Day. The bottom line is that a snow-laden onset of winter at the turn of the week cannot be ruled out, but the probability is lower compared to the variants with little snow.

Will the weather excitement remain in the subsequent winter months?

Here the calculations follow different paths. The experimental trends of the American weather service NOAA see both January 2023 and February too warm. Based on the European weather model, however, there are also approaches for two more months that are too cold. Accordingly, in the end even all three winter months would be too cold. This is a situation that we last experienced in Germany in the winter of 2009/2010.

From the crystal ball back to the concrete weather conditions: What will the next few days bring us?

At the edge of the strong Russian high "Erik", cold air from the east and north-east flows towards us in early winter. This means that in the coming days there will only be maximum values ​​between minus 2 and plus 6 degrees and it will be frosty throughout the night. Because at the same time a sometimes brisk to stormy wind is blowing up, the whole thing even feels significantly colder. In exposed areas, the felt temperatures, the so-called wind chill, are easily in the double-digit minus range.

What weather forecast can we expect?

After a mostly gray Thursday with 0 to 7 degrees at the start of the winter, many clouds await us again on Friday, which will bring sleet, snow and the corresponding smoothness around the low mountain ranges and down to Bavaria. In addition, there will be a maximum of minus 2 to plus 6 degrees. It often feels chilly due to the sometimes icy wind.

And on the weekend?

Will it remain similarly cold, with frost or comfort in the ground at night. In addition, we can expect some sleet or snow, especially in the north-east and east. And further snow showers are also possible along the middle of the country. Otherwise it is often cloudy, but mostly dry.

Which route will development take next week?

In any case, the development still has some question marks. However, it is quite likely that we are heading for a borderline weather situation. The north-east half is likely to remain in the area of ​​colder air, while it could be a little milder in the south-west. In between, from the middle of the week, other weather models also jump on the winter train with chances of snow. A white surprise on the third weekend in Advent can definitely not be ruled out.

1 Meeting Harry and Meghan ?: William and Kate travel... 2 New series "Love Addicts": "It's... 3 Strict limits apply: profit from the sale of the apartment... 4 Diagnosis through the sense of smell: Worms are said... 5 System from Mercedes-Benz: KBA approves driverless... 6 Baden-Württemberg: Autumn 2022 in Baden-Württemberg... 7 Bavaria: Forbidden diesel dispenser discovered in... 8 Bavaria: Autumn at least the third warmest since records... 9 Hesse: 55-year-old driver turns in the highway tunnel 10 Hesse: Woman admitted to the clinic after being attacked... 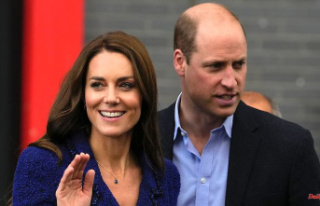