What are the partners of the heads of state and government actually doing during the G7 summit, if they are there at all? This year, they dress casually and hike to a nearby lake. 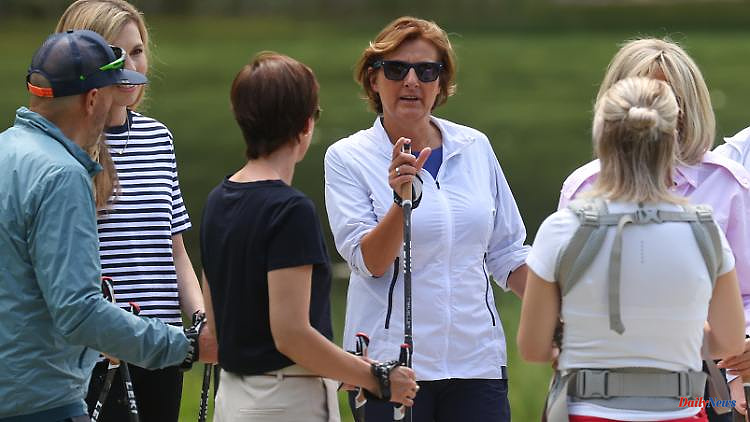 What are the partners of the heads of state and government actually doing during the G7 summit, if they are there at all? This year, they dress casually and hike to a nearby lake. They are led by Chancellor Scholz's wife Britta Ernst, who follows her predecessor's example.

It is probably also thanks to Angela Merkel's husband Joachim Sauer that the traditional women's program at major political summits is now called something else. The affiliate program is when these same partners of the heads of government go on excursions, visit local attractions or listen to lectures while the politicians are in conference. At the G7 summit at Schloss Elmau in Garmisch-Partenkirchen, that means, as is typical for the local area: hiking under a white and blue sky, lectures on Bavaria's highest mountain, the Zugspitze, and snacks.

The hostess, Chancellor's wife and native of Hamburg Britta Ernst, takes Brigitte Macron, the wife of the French President, Boris Johnson's wife Carrie and Amélie Derbaudrenghien, the wife of EU Council President Charles Michel, on Sunday for Nordic walking around the idyllic Felchensee. The mood is good among the women, who are accompanied by three generations from the Neureuther ski dynasty: Christian Neureuther and his daughter-in-law Miriam are walking with them. The 32-year-old has her youngest offspring with her in a baby carrier. US First Lady Jill Biden is absent without a reason. According to the Federal Press Office, Italy's Prime Minister Mario Draghi, Canada's Prime Minister Justin Trudeau and Japanese Prime Minister Fumio Kishida also came to Bavaria without their wives.

Because the man originally planned for EU Commission President Ursula von der Leyen is also missing, it is a purely women's group. So again a women's program. This is mainly due to the fact that not a single woman is among the elected politicians taking part in the major political summit this year - for the first time in 16 years Merkel. Without the US First Lady, the German chancellor's wife has more of a spotlight. The G7 summit is Britta Ernst's first major appearance in front of the assembled world press. So far, the 61-year-old has been very reserved in her role as First Lady of the Republic, concentrating much more on the Brandenburg Minister of Education, which she has held since 2017.

She chose a kind of partner look with her husband for greeting the international guests and for the big handshake on the red carpet: Her navy blue dress matches the color of his suit exactly. Later she shows herself sporty in a white jacket, dark trousers and sunglasses next to a somewhat more elegant Brigitte Macron, who appears in a pale pink blouse for Nordic Walking, and a somewhat more casual Carrie Johnson in a black and white striped shirt.

Ernst does not put himself in the foreground during the photo shoot either. It seems to tie in with how Joachim Sauer interpreted the role: he too always stayed in the background, was only rarely at his wife Angela Merkel's side and only at the really big political events - for example at the Bayreuth Festival. Merkel's husband had continued his professional life as an internationally successful quantum chemist and as a professor at Berlin's Humboldt University as a matter of course - even after his wife had become chancellor. Britta Ernst seems to have chosen a similar path.

When the G7 summit took place seven years ago at Schloss Elmau, Sauer drove the wives of the heads of government in a carriage and then invited the experimental physicist Wolfgang Heckl to a lecture on nano-coated ties that repel dirty water. Seven years later, the partner program has now become a women's program again. But there are also scientific things with First Lady Ernst: On Monday, the G7 women should have actually gone to the Schneefernerhaus, the highest environmental research station in Germany on the Zugspitze. However, the idea was rejected, as the scientist Till Rehm said, who is now supposed to give a lecture on an alpine pasture about the station, glacier shrinkage and climate change. An employee of the Bavarian State Office for the Environment is planning a lecture on biodiversity. After that there will be a snack. 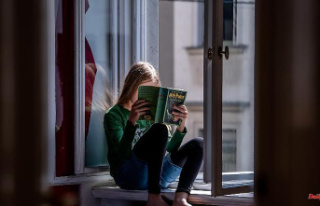