Get ready for the 'Downton Abbey' finale by remembering the good, the bad and the forgotten

You didn't stay the course.6 Months Ago4 Months Ago1 Week AgoOh, you enjoyed the Crawleys of Downton Abbey when they were the hot new thing. You hung on when the menfolk went off to fight the Great War. You saw Matthew miraculously walk again; you blessed...

You didn't stay the course.

Oh, you enjoyed the Crawleys of Downton Abbey when they were the hot new thing. You hung on when the menfolk went off to fight the Great War. You saw Matthew miraculously walk again; you blessed his marriage to Lady Mary; you shed a tear for dear Sybil.

But then you drifted.

Maybe, from time to time, some of the doings filtered back to you. A downstairs rape. An upstairs blood barf. Bateses in and out of jail. And what about that evil servant who ended a dynasty with a bar of soap? Is she still there? If you're honest, all that filters back to you now is a swirl of headbands and cloche hats and drop-waist tea dresses and evening jackets ... and Maggie Smith, sailing in at some pregnant juncture to crack wise.

Truth is, you're no longer down with Downton. But now with end times approaching, you're thinking you want to be there when Lord Grantham takes one last stroll across the sward (even if it's not the same yellow lab trailing in his wake). And you don't want to embarrass yourself in front of the hard-core Abbots who've been watching the whole time. With that in mind, a crash course in Downtonology.

Should know: The dream Tory loyal to his family, benevolent to his servants, resistant to change but ready to excuse his daughters when they step outside the bounds. Has been known to say things like, "Golly gumdrops, what a turn-up!" Might not be the chap you trust with an inheritance.

Doesn't matter so much: Loves his dogs more than his daughters. Can be grumpy, especially when ulcerous.

Will make you sound intelligent: "God, how old is he by now?"

Should know: She's the nice one.

Doesn't matter so much: She's the nice one.

Should know: Lord G's bullheaded but lovable Gorgon-mom. Traffics in ripostes. Most famous for asking, "What is a weekend?"

Doesn't matter so much: Enjoyed a wintry flirtation with an old Russian beau who never washed his hair.

Will make you sound intelligent: "I didn't think she was going to go there, but she did." "What would this show be without her?"

Should know: Has been working at Downton for something like a half-century and is now further to the right than Ted Cruz. Rules the downstairs with a basso profundo and a scowl of iron. Capable of softening for Lady Mary and his new bride but has spent most of the past season being a prat. Last seen harassing his underbutler to the brink of suicide.

Doesn't matter so much: Long ago — before the Great Flood, maybe — he was a song-and-dance man.

Will make you sound intelligent: "He's like the prisoner who thinks he's the warden."

Phyllis Logan as Mrs. Hughes with Jim Carter as her husband, Mr. Carson.

Should know: Eminently practical Scottish housekeeper who, perhaps unwisely, has embarked on a late-in-life marriage to the rigid Carson. Confidante, sounding board and good egg.

Doesn't matter so much: Had a cancer scare.

Will make you sound intelligent: "I can't always make out what she's saying, but I love hearing her say it."

Should know: A beautiful ice cube that melts every two or three years. Love history boasts two key fatalities: 1) the hot young Turk whose coitus was interrupted in the most permanent way; 2) the beloved first husband (and sorta cousin) who met his demise in a car crash. Which made things a little ticklish when Mary fell for a racecar driver. She got over her squeamishness and tied the knot in what felt like Pashacasino minutes. Mary has been a total bitch to her sister.

Doesn't matter so much: She has a son. (You never see him.) Before settling down with the driver, she messed around with Lord Gillingham and flirted with Charles Blake and ... I forget who else.

Will make you sound intelligent: "I've never really warmed to her." "What does she/he see in him/her?" "She can wear clothes, that one."

Should know: The "ugly duckling" of the Crawley sisters was a) abandoned at the altar, and then b) abandoned by her married lover, who c) thoughtlessly (and, in a weird way, presciently) got himself killed by Nazi thugs, but d) left her with the love child Marigold, who has e) shown few signs of animate life. A more recent romance with Bertie, now Marquess of Someplace, was torpedoed by Evil Mary. Will Bertie come back or will Edith resign herself to a life of being "fearfully modern"?

Doesn't matter so much: She initially placed Marigold with local tenant farmers, then brusquely snatched her back. (Farmer's wife went a little cuckoo, family had to move.) (Actually, this kind of does matter.)

Should know: Every bit as high-minded as when the show began, she remains Violet's best foil and frenemy even as she devotes herself to a relentless succession of Good Works. Her marriage plans with the sweet but dim Dickie (aka Lord Merton) were scotched by Dickie's truly vile son Larry but may be revived by the machinations of Larry's scheming fiancée.

Doesn't matter so much: Pretty much every improvement project she has undertaken. (Don't get me started on the hospital merger.)

Will make you sound intelligent: "Does she ever have an ugly thought?" "So what's wrong with Dr. Clarkson?"

Brendan Coyle as John Bates and Joanne Froggatt as Anna.

Should know: The most luckless pair of domestic servants ever, they have both, at various times, been charged with murder and have spent more combined time in jail than Al Capone but nevertheless enjoy ironclad job security. Have conceived a baby Bates, whose life can only go up from here.

Doesn't matter so much: Mr. Bates got his limp in the Boer War, serving as Lord Grantham's batman.

Will make you sound intelligent: "If I hear Mr. Green's name one more time, I'll scream."

Should know: Gay outlier-servant, formerly evil and conniving, now engaged in a protracted martyrdom, which recently culminated in slashing his wrists. A seether, but surprisingly good with kids.

Doesn't matter so much: Once kidnapped Lord Grantham's dog so he could be rewarded for "finding" it.

Will make you sound intelligent: "Run to London, Thomas! Your subculture awaits you!"

Should know: Salty, bossy, eternally pink-cheeked Empress of the Kitchen, who may be Downton Abbey's only remaining virgin but seems to be getting her groove on with a local pig farmer.

Doesn't matter so much: Her nephew was a war deserter.

Will make you sound intelligent: "Has she learned how to use the refrigerator?"

Characters who may be safely ignored: Tom, Daisy, Baxter, Molesley, Andy, any child.

Characters you're allowed to be wistful for: Matthew, Sybil, O'Brien.

What life will look like without Downton Abbey: Anybody's guess.

1 Kate Upton makes third appearance on Sports Illustrated... 2 We want to see what politicians wear. Is that so wrong? 3 Suit your needs at these beach boutiques&lt;br... 4 Don Featherstone, the reason you'll never picture... 5 Planning a visit to Cuba? You better find a guy to... 6 Historic home of late Florida Gov. LeRoy Collins finally... 7 Tales from a train: Travelers share stories of their... 8 State girls basketball: Lakewood 74, Ponte Vedra 59 9 Berkeley Prep's Bobby Reinhart steps away from... 10 Top things to do in Tampa Bay for Feb. 24 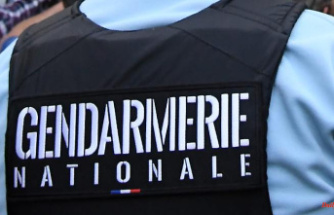 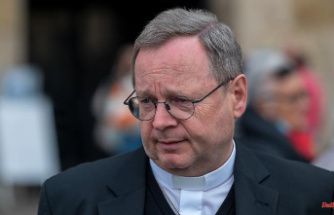