Guy Garvey, Elbow's guitarist at Glastonbury festival said that he saw a man wearing a potted plant as a head. 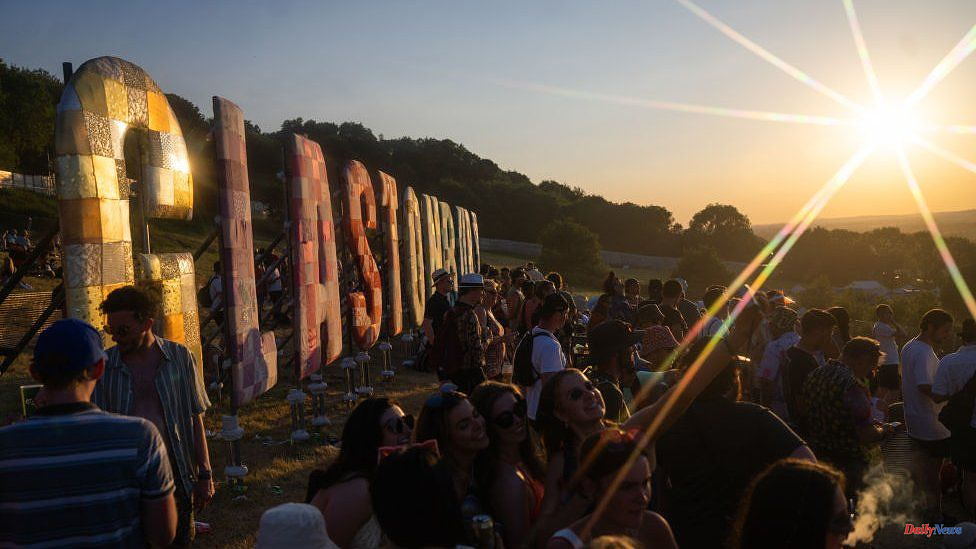 Guy Garvey, Elbow's guitarist at Glastonbury festival said that he saw a man wearing a potted plant as a head.

"Completely normal for this area."

After two years of Covid cancellations the festival of festivals returned, larger and more barmier than ever.

At 20 years old, Billie Eilish was the youngest headliner, while Paul McCartney is four times her age.

Sporty Spice attracted huge crowds to their DJ set. Wolf Alice arrived in Somerset with just an hour left after their flight from Los Angeles was cancelled.

All of this can be read on the BBC News website... but here are some strange moments that you might have missed.

"Okay, I have been practising for my longest and loudest screaming," Rhian Teasdale says in Wet Leg’s indy-pop song Ur Mum.

After three counts, she unleashes a sound that is pure sonic power and has become a highlight of the band’s live shows.

One woman can't compete with 10,000 fans. Teasdale's screaming was directed at the stage and it literally blew her away.

The band was left speechless by the love they received from their fans, not for the first time in a weekend.

Many artists from the US expressed anger at the decision of the US Supreme Court to abolish the constitutional right to abort in America. Billie Eilish called the decision a "dark moment" for women. Megan Thee Stallion described the ruling as "embarrassing", while Kendrick Lamar concluded the festival with a strong defense of women's rights.

The most powerful response was from Olivia Rodrigo, a 19-year-old Disney star.

The singer said that many girls and women are going to die from this [decision] and that she wanted to dedicate the next song to the five Supreme Court members who showed us at end of day that they really don't care about freedom.

After receiving a standing ovation from the crowd, Rodrigo named the justices and said: "This song goes to the justices Samuel Alito (Clarence Thomas), Neil Gorsuch, Amy Coney Barrett (and Brett Kavanaugh)."

"We hate you! We hate you!" Before inviting Lily Allen out to perform her expletive-laden song, F You, she said.

Cara Flanigan (pictured at the left) first came to Glastonbury when she was 58.

It was so special that she purchased a house near the festival earlier in the year so that she wouldn't miss it again.

"The agent claimed that my house was one mile from the Pyramid Stage, as the crow flies. I then saw the advertisement and said to my husband, "We have to have it."

She spent the weekend with her daughter, four of her friends, and the Pyramid and Park stages. Billie Eilish was "out of reach", but she loved Robert Plant and First Aid Kit.

She says, "It's incredible to be here watching the music in fields where I usually go for my daily run."

It is a wonderful experience. It is great to be here. I also love camping. But it is nice to return home.

Haim, a rock band, performed their first show in Los Angeles' Canters Deli in 2000. To make Haim feel at home, they decorated Pyramid stage with inflatable salamis (see them in the photo, near the edges).

Camille Goldman, their manager, said procuring sausages was the most difficult task she had ever faced. She sighs, "It took approximately 500 emails." "There was much discussion about sausage texture."

They played Glastonbury's Lockdown live-stream last year but it was not the same, as Alana Haim said on stage.

"Last year, we played to a field full of cows. It was great fun, but this year it is even better!

She said that after the victory lap, "a new recording will be made."

One TV viewer noticed a familiar face among the crowds on Friday night.

Finn tweeted, "The Queen has arrived at Glastonbury to observe Robert Plant." He also included hard pictorial evidence. "That disguise fools nobody."

Buckingham Palace had no comment... probably. Are you crazy?

Paul McCartney was surprised to see Foo Fighters' Dave Grohl as his first surprise guest. He joined McCartney for I Saw Her Standing There, and Band On The Run.

This was Grohl’s first public performance after the death of Taylor Hawkins (his longtime drummer), in March.

After McCartney had introduced him as "my best friend, your hero", he walked on the stage. Although Grohl didn't mention Hawkins, he was always with Hawkins.

Pet Shop Boys hosted a huge party at The Other Stage on Sunday night. They played a set of greatest hits that featured four UK number one songs, a Village People cover, and a duet featuring Olly Alexander (Years & Years).

Strangely, for the first 30 minute, Chris Lowe, the keyboard player, was absent from the band.

Neil Tennant said that "the other one will show himself shortly", but no explanation was given as to why his bandmates were absent before he finally turned up halfway through It's Alright.

What happened? A dodgy kebab? An unfortunate misadventure with the "special Haribo" guy selling in the parking lot.

He was not harmed by the malfunctioning screen.

We prefer Scott Innes' explanation, but we prefer the following: "People are asking where Chris Lowe was for this set. Please keep in mind that their main business and primary focus is on their pet shop. It simply must take precedence over their musical sideline."

Usually, I write a whole article about Glastonbury’s best flags, but this weekend, everyone was off their game.

Everyone noticed the one with the legendary words "this event is work" - simultaneously mocking and immortalizing Boris Johnson's defense of the Downing Street lockdown parties.

My favourite had a photo of Sister Michael, a Derry Girls character, rolling her eyes, and declaring "Christ" - an entirely reasonable response to the continuing unfolding events.

Siobhan McSweeney, the actress who brought the exasperating sitcom character to life on screen, even supported the flag via Twitter.

She exclaimed, "Omg!" "I want all the Irish people in #Glastonbury gather under this flag and storm the pyramid stage!"

The Texas-born musician burst onto the stage full of energy, but quickly forgot all his words.

"What happened to Kevin?" Murray Matravers, Easy Life's frontman, told the BBC that he would have to question him. It's either jetlag or tequila. The mix contained a lot of Tequila.

"But he could've done anything up there and i'd be happy." It's more famous that the fact that he forgot to say the words.

Glastonbury rumours can be described as "fun-sized" chocolate bars, which is always disappointing.

According to a document that was circulated on Friday morning, Green Day were performing a secret set at the BBC Introducing stage. Taylor Swift was to sing with Paul McCartney, and Harry Styles was to perform with Billie Eilish.

It was all false, as we knew. However, Billie did hear a Harry Styles track during her soundcheck Friday morning. What happened?

George Ezra's set at John Peel was, however, very real and truly great.

Hey Jude may not be Paul McCartney’s greatest song, but it works despite its saccharine over-sentimentality. Every time.

It was amazing to see the look on everyone's faces as he played the first chord. He kept that coda going for five minutes, and everyone was amazed at how much the "nah nahs” became "yes pleases".

It was impossible to not be caught up in the moment if you were there. A large portion of the audience, including myself, turned their backs to the stage to view what 100,000 people singing together looked like.

There was nothing better, more, better, or better. 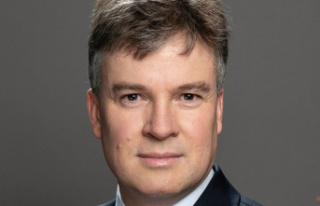