The head of the Atomic Energy Agency IAEA, Grossi, said in his report that the situation at the Zaporizhia nuclear power plant was "unsustainable". 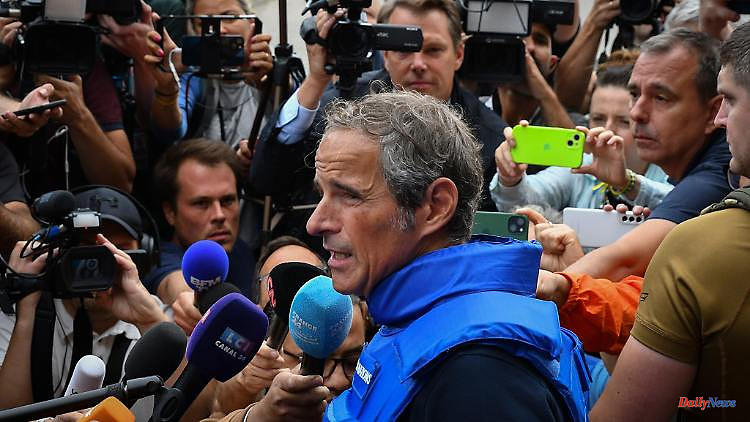 The head of the Atomic Energy Agency IAEA, Grossi, said in his report that the situation at the Zaporizhia nuclear power plant was "unsustainable". He therefore calls for a nuclear safety zone to prevent a catastrophe. In addition, the staff on site is under massive stress and needs support.

The International Atomic Energy Agency (IAEA) is calling for urgent action to prevent a nuclear accident following its initial investigations into the Zaporizhia nuclear power plant in Ukraine. "The IAEA remains seriously concerned about the situation," IAEA chief Rafael Grossi wrote in his investigation report. The situation is "unsustainable". It is therefore urgently necessary to set up a nuclear safety zone around the nuclear power plant occupied by Russian troops, said Grossi. All sides involved in the conflict would have to agree on this in order to prevent even more serious damage from hostilities and the release of radioactivity.

An IAEA team led by Grossi traveled to the power plant last week after months of negotiations and preparations to analyze the security situation and set up a presence there for the International Atomic Energy Agency. Two IAEA experts are now permanently on site.

In his report, Grossi stated, among other things, that Russian armored vehicles were stationed in turbine halls. He called for the devices to be withdrawn because they could endanger the safety of the plant. The situation of the Ukrainian employees of the nuclear power plant, who have been working under Russian occupation for months, is also untenable, the report said. There are not enough staff and the remaining experts are exposed to such high levels of stress that operating errors can occur. The IAEA also expressed concern about interruptions in the power supply to the plant and poor communication facilities in the nuclear power plant's emergency center.

According to the Ukrainian state operator Energoatom, the last working reactor in the nuclear power plant was taken off the grid on Monday. The reason is a fire triggered by attacks that damaged a power line between the power plant and the Ukrainian power grid. 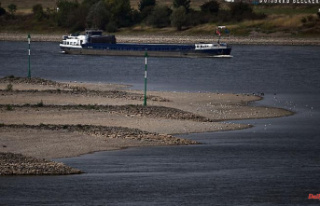