The United States is still in the shock of a shooting spree at a Texas elementary school. 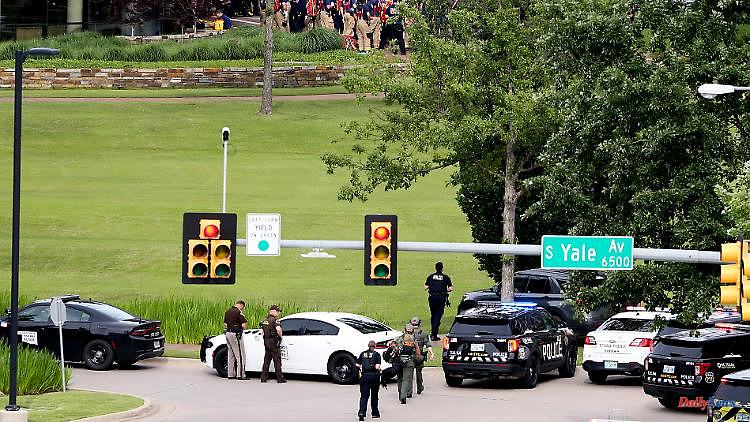 The United States is still in the shock of a shooting spree at a Texas elementary school. A few days later, another gunman opened fire in Oklahoma - this time at a hospital.

A week after the massacre at a Texas elementary school, a man opened fire at a hospital in Oklahoma, killing four people. The shooter was also dead and, according to initial findings, shot himself, said Tulsa City Deputy Chief of Police Eric Dalgleish.

The man entered a building belonging to the St. Francis Hospital complex in Tulsa with a rifle and a handgun. It was about a 35 to 40 year old man whose identity has yet to be determined. According to the police, several people were injured, but none critically. Dalgleish said the 911 call to police was received at 4:52 p.m. local time. Four minutes later, police officers were at the hospital. Shots were heard from the second floor of the affected building. The background of the fact would be investigated.

Councilor Jayme Fowler told CNN: "As far as I know, the shooter had a problem with a certain doctor and he couldn't find that doctor." That was the trigger for the violent behavior. The White House said US President Joe Biden had been informed of the crime. Local and state authorities have been offered support.

The United States is currently being rocked by a spate of acts in which gunmen open fire and kill several people. Just last Tuesday, an 18-year-old opened fire at an elementary school in Uvalde, Texas. The gunman entrenched himself in a classroom and killed 19 children and two teachers. The police are massively criticized for their late intervention. More than 75 minutes after the shooter opened fire, emergency services entered the classroom and killed the gunman.

A few days earlier, a gunman opened fire in a supermarket in Buffalo, New York, killing ten people and injuring three others. According to investigators, the act was racially motivated - 11 of the 13 victims were black. Prosecutors said charges would be brought against the suspected shooter this Thursday in Buffalo. The Washington Post reported the suspect faces 25 counts, including domestic terrorism and murder as a hate crime.

The Uvalde killing spree in particular has once again fueled the debate about tightening gun laws in the USA. US President Joe Biden - a Democrat - has spoken out in favor of it. For years, however, many Republicans have opposed stricter regulations, such as a ban on assault rifles. The US has long struggled with massive levels of gun violence. In 2020, gun injuries were the number one killer of children and adolescents in the United States, ahead of traffic accidents. 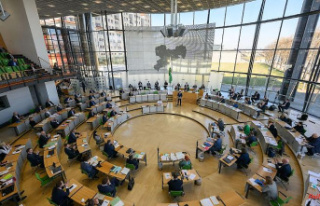