Kuwait suffers from sweltering summer heat and could soon be uninhabitable as a result. 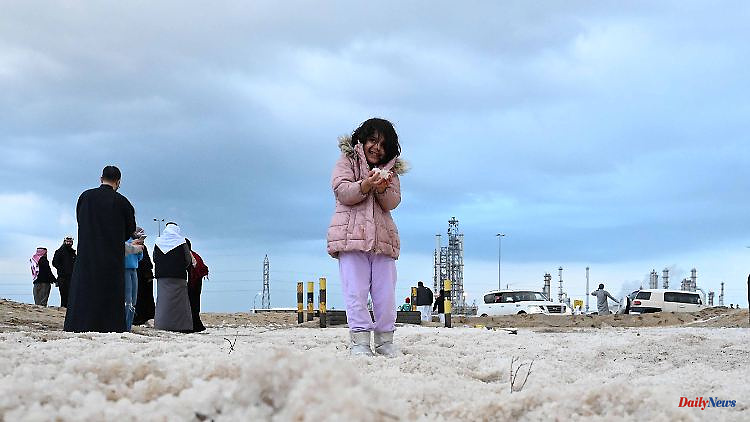 Kuwait suffers from sweltering summer heat and could soon be uninhabitable as a result. But at the moment, unusual winter weather is making happy faces in the desert state. According to weather experts, this is also a sign of climate change.

Kuwait is one of the hottest countries in the world, but a rare hailstorm is currently delighting the younger population in particular. The unusual winter weather has turned much of the desert white, encouraging outdoor play among children and adults alike in the emirate, according to photos and videos shared on social media. "We haven't had so much hail in winter for 15 years," said former director of Kuwait's weather service, Mohammed Karam, when asked.

According to the weather service, up to 63 millimeters of rain has fallen in Kuwait since Tuesday. In the south of the country, the roads were partially covered with hail and ice, as can be seen in photos and videos. Children picked up and played with hailstones in Umm al-Haiman district south of the capital Kuwait City.

The country on the Persian Gulf suffers from sweltering summer heat and could become uninhabitable due to climate change, according to scientists. In the summer of 2016, temperatures peaked at 54 degrees Celsius. As climate change is disrupting weather patterns, weather expert Karam also expects more hailstorms in winter in the future.

There were also extreme weather phenomena in other regions of the Gulf. However, heavy rainfall there has mainly led to flooding: According to media reports, hundreds of tourists had to be rescued from the famous rock city of Petra in Jordan due to flash floods. There have been no reports of casualties so far. The rescue organization White Helmets also reported heavy rain in refugee camps in northern Syria.

Oman in the east of the Arabian Peninsula also recorded heavy rains. Because of the storm, schools in the capital Muscat remained closed. It had also rained heavily in Saudi Arabia in the past few days. In the city of Mecca, holy to Muslims, cars were partially carried away by masses of water. The country's meteorological authority predicts more rain from Thursday and into the coming week. Flooding could also occur.

There has also been unusually heavy rainfall with thunderstorms in Israel in the past few days. Snow even fell on Mount Hermon to the north. In the Negev desert in the south of the country, a young man was swept away by a flash flood on Boxing Day and was later recovered unconscious.

1 Trouble again after a year: Whoopi Goldberg apologizes... 2 Baden-Württemberg: Unsecured in the car: 98-year-old... 3 Hesse: Drinking water in Wiesbaden treated with chlorine... 4 North Rhine-Westphalia: Bound 13-year-olds: No indication... 5 Thuringia: More than half a million visitors to egapark:... 6 Saxony-Anhalt: The cause of the fire in the holiday... 7 Hesse: Pill thieves spray 62-year-olds with pepper... 8 Mecklenburg-Western Pomerania: 87-year-old seriously... 9 Saxony-Anhalt: the state is preparing for an emergency... 10 Saxony: State reservoir administration invests millions... 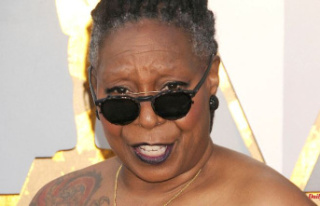