Hardly any hope of survivors: Messner: Glacier accident as a result of global warming

At least six people are killed in the Marmolada glacier fall - but it could be more. 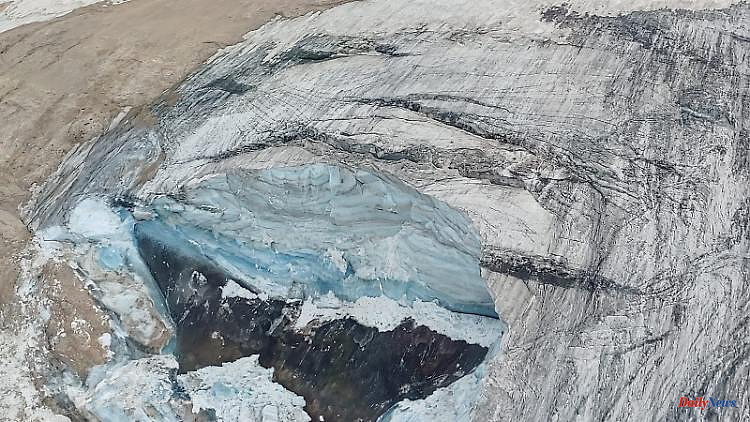 At least six people are killed in the Marmolada glacier fall - but it could be more. There is little hope that the missing might be alive. Extreme mountaineer Messner sees more of these accidents coming: climate change is "eating away the glaciers".

After the serious glacier fall in the Dolomites with at least six dead, the emergency services continue the search on the flank of the Marmolada mountain this Monday. But they have little hope of finding any more survivors among the masses of ice, snow and rock. That said Walter Cainelli from the mountain rescue service in the northern Italian province of Trentino on Sunday evening.

A good dozen people are still missing, according to the Ansa news agency. 16 cars were counted in the parking lot at the foot of the mountain massif, from which the ascent paths start, whose owners could not yet be found. "We don't know yet whether the cars belong to the dead or missing people or to people who have nothing to do with the accident," said the regional president of Trentino-Alto Adige, Maurizio Fugatti. Up to 14 mountaineers were injured in the mountain disaster.

The search and rescue work on the Marmolada was interrupted on Sunday evening because there was a risk that more blocks of ice could go off. The visibly shocked mountain rescuer Luigi Felicetti reported on the mission: "When we arrived on site, we were presented with an unbelievable picture. There were blocks of ice and huge stones everywhere." The Ansa news agency quoted investigators as saying that an "unimaginable bloodbath" took place on the mountain, after which "it will be difficult to determine the identity of the victims because the bodies were dismembered" by the ice and stone chunks.

The entire area around the glacier has been closed to the public. Prime Minister Mario Draghi expressed his condolences to the victims and their families and was kept informed of the rescue efforts and the investigation.

Extreme mountaineer and environmentalist Reinhold Messner sees the accident as a consequence of climate change and global warming. "These eat away at the glaciers," said the 77-year-old. So-called ice towers - known as seracs - then form on the edges of the glacier, "which can be as big as skyscrapers or rows of houses," explained Messner.

Incidents like those on the Marmolada "we will see more often," he predicted, because "today there are many more rock and ice falls than in the past." And these can then have terrible consequences, like on Sunday on the massif on the border between the Trentino-Alto Adige and Veneto regions.

1 The shooter was known to the police: the police ruled... 2 North Rhine-Westphalia: summer weather at the start... 3 Hesse: Lots of sunshine and up to 28 degrees at the... 4 Bavaria: School center in Swabia cleared after threatening... 5 Saxony: Labor costs in Saxony are well below the national... 6 North Rhine-Westphalia: Demand for electric cars is... 7 41-year-old man is due in court to be charged with... 8 Digital walking trail brings Omagh's past to... 9 I stopped waiting for my NHS op, and decided to go... 10 Treat pledge for Borders cancer service switching 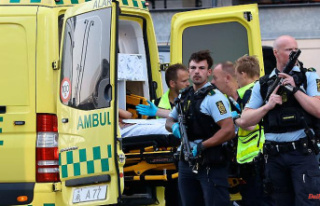 The shooter was known to the police: the police ruled...