Seven people died in an attack on a street parade in the US city of Highland Park. 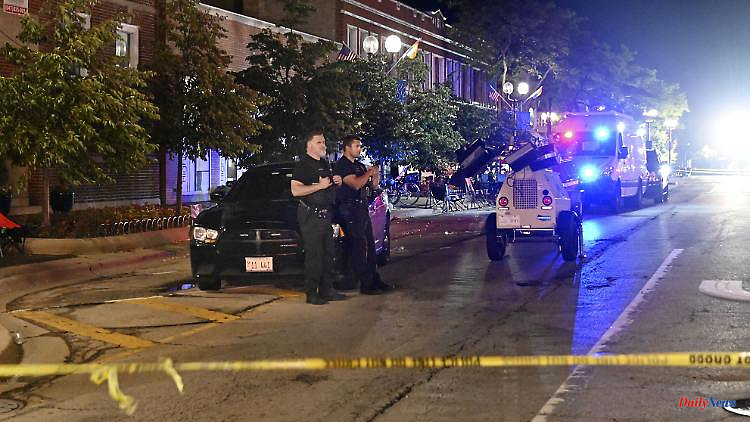 Seven people died in an attack on a street parade in the US city of Highland Park. Although the shooter has been known to the police for years, he can legally purchase his gun. He now faces life imprisonment for murder with no prospect of parole.

The gunman has been charged with seven counts of murder after the bloody crime at a US National Day street parade in a suburb of Chicago. "These are just the first of many charges," Lake County District Attorney Eric Rinehart said in the small town of Highland Park. He expects the 21-year-old suspect to be held accountable on dozens of other counts. If convicted, however, the charges of first-degree murder alone would carry a life sentence with no chance of parole.

Rinehart said prosecutors would request the court to place the suspect in custody with no bail pending a verdict. The prosecutor emphasized that more needs to be done to ensure people's safety. He called for a nationwide ban on assault rifles, the kind used in numerous massacres in the United States, including the recent Highland Park crime. US President Joe Biden recently failed to make the same request due to resistance in Congress.

A gunman opened fire in Highland Park on Monday, US Independence Day. According to police, he fired a "powerful rifle" at random from the roof of a commercial building at the crowd celebrating and fired about 70 shots. After another victim died from his injuries, the death toll rose to seven on Tuesday. In addition, more than 30 people were injured.

According to the police, the shooter could be identified by the weapon. A police spokesman did not provide details, but NBC News reported that DNA evidence was found on the gun that the suspect left at the scene. According to investigators, the man wore women's clothing to camouflage himself and possibly make it easier to escape.

According to the authorities, weeks of planning preceded the crime. The perpetrator legally acquired his gun in Illinois, although he was already known to the police, a police spokesman said. In September 2019, after threats from the youth, the police seized several knives, a dagger and a sword. "At that point there was no probable cause for an arrest or warrant." According to the information, there is currently no evidence that the attack was directed against a specific group, such as an ethnic or religious group.

Some music videos posted on the internet showing scenes of gun violence have been attributed to the suspect. Several social media accounts, which can also be assumed to be assigned to the young man, have now been blocked. US Vice President Kamala Harris visited Highland Park on Tuesday evening. "I bring you the condolences of President Joe Biden and our country," Harris said. "I'm so sorry for what you all went through, the pain, the sorrow. This should never have happened." Shortly before she had said in Chicago: "We have to end this horror. We have to stop this violence."

The United States has long had to deal with almost gigantic levels of gun violence. At the end of May, an 18-year-old gunman massacred an elementary school in Texas: he killed 19 children and 2 teachers in the small town of Uvalde before being shot dead by the police. Just over a week earlier, an 18-year-old had shot and killed ten people in Buffalo, New York, probably with racist motives.

The killing sprees reignited the discussion about stricter gun laws. Firearms are often readily available in the United States. According to the CDC, nearly 20,000 people were shot nationwide in 2020 -- more than 50 a day. Since the beginning of this year, the non-governmental organization Gun Violence Archive has registered 313 gun attacks, in which at least four people died.

1 "Science disregarded": Corona experts are... 2 Consequences of heart surgery?: Carlos Santana faints... 3 Safety for mother and child: There are real advantages... 4 North Rhine-Westphalia: major fire in Iserlohn: road... 5 Baden-Württemberg: police suspect microsleep: one... 6 Hesse: Lots of clouds, but only some rain in Hesse 7 Thuringia: No need for further apprenticeships in... 8 High mountains. A 50-year-old woman is in absolute... 9 Saxony-Anhalt: Saxony-Anhalt: Many districts restrict... 10 The Dauphine is for children. These animal expressions... 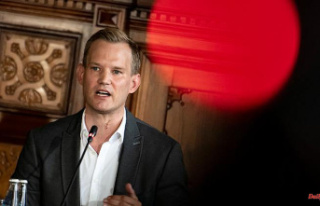