Flooding is still affecting some places in Florida after Hurricane Ian. 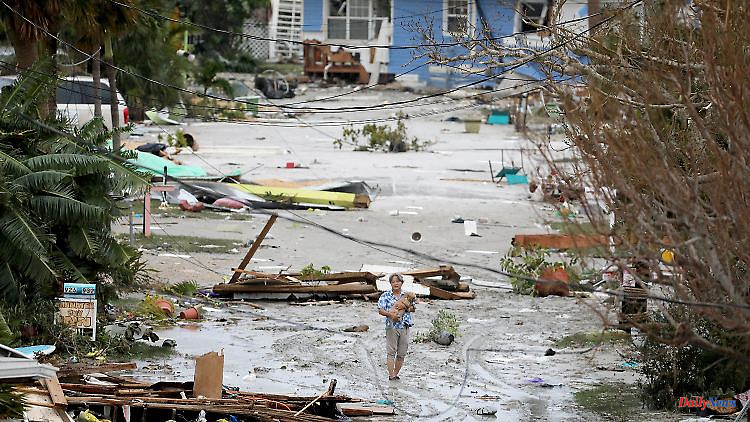 Flooding is still affecting some places in Florida after Hurricane Ian. Hundreds of thousands of homes are without electricity. Authorities report dozens of deaths and warn - reconstruction could take years.

After the devastating hurricane "Ian", the number of victims increases, especially in the US state of Florida. According to local authorities, around 80 deaths have been reported so far, as reported by the "New York Times" and the broadcaster CBS. At least 42 people were killed in Lee County alone, where "Ian" hit land with winds of up to 150 miles per hour, Sheriff Carmine Marceno said. Even long after the hurricane had passed, some places in Florida were affected by flooding because the ground could no longer absorb water. Hundreds of thousands of households remained without electricity.

The hurricane largely lost strength over the weekend. Foothills caused rainfall on the US east coast as far as New York. Before it weakened, "Ian" hit the South Carolina coast on Friday as a level one of five hurricane, causing storm surges. The TV pictures showed completely flooded streets and a partially destroyed pier. The state was spared from deaths, said Governor Henry McMaster. The power went out for more than 500,000 homes in South and North Carolina and Virginia, partly because falling trees severed the lines. In North Carolina, even with weakened winds, "Ian" still cost four lives, according to Gov. Roy Cooper.

US President Joe Biden will fly to Florida and Puerto Rico in the next few days to get an idea of ​​the hurricane damage. The White House announced that Biden would first travel to Puerto Rico, which was hit by Hurricane Fiona, on Monday. Two weeks after the storm, some households are still without electricity. But around 90 percent of the failures have been fixed, Criswell said. After Florida, Biden wants to follow on Wednesday. The White House had announced that it would support those affected without flood insurance with up to $40,000.

"Ian" made landfall in Florida on Wednesday as a level four of five hurricane. It left destruction and flooding in its wake across the southern state. The authorities emphasized that the reconstruction will take months and sometimes even years. On Sunday, the water levels in some towns in central Florida continued to rise, as the head of the civil protection agency FEMA, Deanne Criswell, said on US television.

Rescue and clean-up efforts are continuing in the affected areas of Florida. The Coast Guard rescued more than 300 people, some from roofs and trees, and a good 80 pets with helicopters, among other things. In all, more than 1,100 people were recovered alive, Governor Ron DeSantis said.

President Biden had expressed dire fears on Thursday, saying "this could be the deadliest hurricane in Florida history." After Florida, "Ian" first went out to sea, regained some strength there and reached the coast of South Carolina on Friday with wind speeds of around 140 kilometers per hour. A few hours later, the winds weakened to around 95 kilometers per hour, which means that the cyclone was no longer classified as a hurricane.

Given the high death toll in Lee County, questions have been raised as to whether the evacuation order was issued too late. Sheriff Carmine defended the approach on Sunday: The hurricane had changed its route and only a day before it had become clear that it would hit Fort Myers rather than Tampa.

A debate also started as to whether expensive reconstruction in areas with severe storms made sense in the long term. Fema chief Criswell said strict building codes are needed for buildings to withstand the forces of nature. Fort Myers Mayor Kevin Anderson told CBS that new buildings have mostly survived the hurricane.

1 Energy talk with Anne Will: "There will be a... 2 Putschists take power: Junta chief flees Burkina Faso 3 Houthis reject extension: Yemen ceasefire expires 4 Contested Serbian part of the country: setback for... 5 Waiting is the wrong strategy: does the boss prefer... 6 A turning point in East-West relations: Kretschmer:... 7 Thuringia: spider in the car - driver is scared and... 8 Thuringia: First crane vanguard soon to be observed... 9 Mecklenburg-Western Pomerania: Impatience among former... 10 Key Advantages of Using the Best Sports and Recreational... 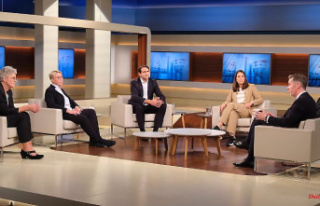 Energy talk with Anne Will: "There will be a...