Already at the beginning of the summer, Italy is groaning under heat waves and a lack of rain. 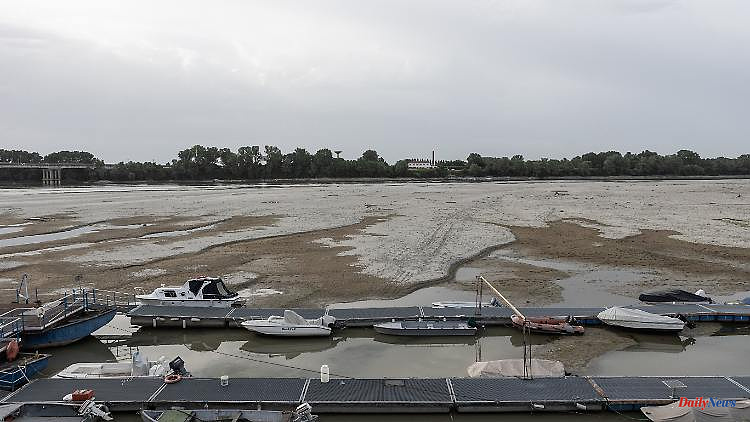 Already at the beginning of the summer, Italy is groaning under heat waves and a lack of rain. The situation is so extreme that the government has declared a state of emergency for certain regions in the north of the country until the end of the year. Citizens must now limit their water consumption extremely.

Italy's government has declared a state of emergency for five regions of the country. These are Emilia-Romagna, Friuli-Venezia Giulia, Lombardy, Piedmont and Veneto. The authorities in these regions can use it to circumvent the usual regulations and order emergency measures such as water rationing.

The government of Prime Minister Mario Draghi was reacting to the current unusually long heat and lack of rain. She also pledged financial support totaling 36.5 million euros to combat water shortages. According to various media in the country, the declared state of emergency for the five regions in the north of the country will apply until the end of the year.

The high temperatures of the last few weeks have led to a drought that is likely to have devastating consequences. The water level in the Po, Italy's longest river, has already dropped so much that salt water flows for kilometers inland at the mouth of the sea. This mixes the fresh and salt water and further dries out the terrain around the river. The resulting salt wedge is already more than 30 kilometers long. This is also a record.

In some places, the level of the Po is lower than it has been in 70 years. The Po Delta is not only an important nature reserve, it is also known as the breadbasket of the country. Around a third of all agricultural production grows in this region.

The president of the country's largest farmers' association, Fabrizio Filippi, said that the drought would cause "30 percent of regional agricultural production" to be lost, while around half of the livestock in the Po Valley was threatened.

Even before the Italian government's decision, several cities reacted with water-saving measures. The authorities in Verona had already severely restricted the use of drinking water at the weekend. According to this, until August 31, 2022, this may only be used during the day for eating, personal hygiene and cleaning in the household. From 6 a.m. to 9 p.m. it is forbidden to water gardens and sports fields, wash cars and fill swimming pools, as the mayor Damiano Tommasi announced according to the regulation. Violations will be punished with a fine of up to 500 euros.

Even if the bans do not yet refer to the hours of the night, the city called on its citizens to refrain from the water-consuming measures listed. In Pisa, Mayor Michele Conti signed a similar order. From July 11, drinking water may only be used in the home in the city.

But not only Italy is struggling with heat and water shortages. In Spain and Portugal, too, nature and people suffer from high temperatures and prolonged drought. According to a recent study, parts of both countries are drier than they have been in 1,000 years. According to the researchers, this is due to a change in the Azores high-pressure area triggered by climate change.

1 Devastating floods: 50,000 Australians to flee water 2 No longer just rumors: Hummels is about to divorce 3 XXL lapels and skinny jeans: Emma Watson opts for... 4 Offensive against U-Committee: Trump considers lightning... 5 Drome "From year to year the amount of tips decreases":... 6 Rise of more than 400 percent: Gas price explosion... 7 Additional contributions increase: Health insurance... 8 Question about tenancy law: I can give my key to whoever... 9 How to really save energy: Small changes in behavior... 10 Especially in Western Europe: Changed jet stream causes... 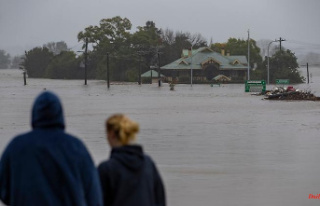