In just 25 days: Chemnitz wants to swim along the entire Rhine

From the source to the mouth of the Rhine in 25 days - Joseph Hess is planning a new record. 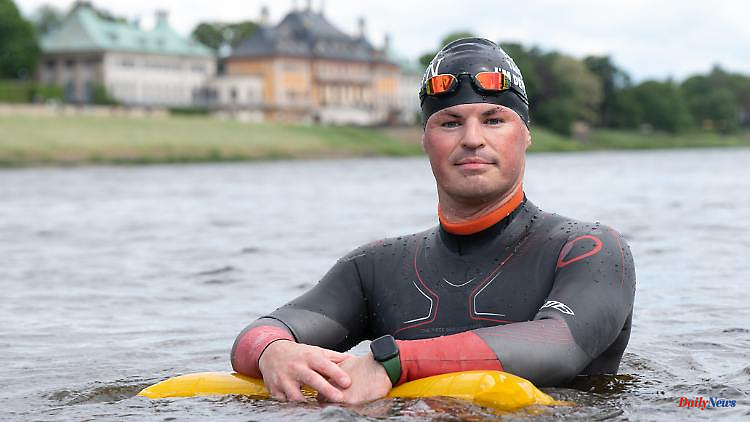 From the source to the mouth of the Rhine in 25 days - Joseph Hess is planning a new record. The Chemnitz native starts in Switzerland, from where he wants to swim to Rotterdam. He plans to do up to ten hours a day. The industrial engineer explicitly emphasizes the dangers that await him.

More than 1200 kilometers in 25 days: Chemnitz long-distance swimmer Joseph Hess is determined to conquer the Rhine in a shorter time than anyone else before him. He is looking for "a bit of adventure" to compensate for his office job and at the same time wants to do a service for science, says the industrial engineer. The "Swim4Science" project is accompanied by scientists and students from several universities in Leipzig, Chemnitz, Mittweida and Furtwangen.

Most recently, Hess has been training almost every day, at the Rabenstein reservoir near Chemnitz, on the Elbe near Dresden and at Lake Chiemsee. Now the countdown is on: On June 11, Hess wants to get into the water near the source of the Rhine in the Swiss Alps, and the estuary near Rotterdam should be reached at the beginning of July. He wants to be in the river for eight to ten hours a day.

The 34-year-old not only has to cope with an immense physical strain. "The current is a great danger," he says. Added to this is the brisk shipping traffic and pollution of the water. Where the Rhine shoots through the Alps like a wild mountain river, Hess doesn't want to crawl, but let himself be carried along feet first. He is accompanied by a team that hands him food from a canoe.

The Chemnitz resident would not be the first to swim the length of the Rhine. In 1969 Klaus Pechstein conquered the river in this way, it took him 30 days. In 2014, the Swiss extreme athlete Ernst Bromeis climbed into the Rhine and needed 44 days including rest periods. In the same year, chemistry professor Andreas Fath started a swimming marathon in Lake Toma in Switzerland and reached the North Sea after 28 days. He collected water samples along the way.

The 57-year-old Fath, who teaches at Furtwangen University in the Black Forest, went into the Danube in April. Since then he has covered more than 2000 kilometers and is currently crawling through Romania. On June 17 he wants to reach the Black Sea coast. This time, too, he is collecting samples to document the condition of the Danube.

A river is a mirror of the people who live along it, says the researcher. "I can tell from the river which pesticides they apply to their fields, whether they have sewage treatment plants, what medicines they take," he explains. "We also see that the plastic pollution on the banks increases sharply the further east we go."

He had to leave out a section near Belgrade because massive amounts of untreated sewage are discharged into the Danube there. "I didn't want to swim in the faeces of more than a million people." For Fath, the marathon swim is a way to raise awareness of river pollution.

Following this example, Rhine swimmer Hess also places his adventure at the service of science. For Fath he will collect data on pollutants in the Rhine. The comparison with its 2014 values ​​is intended to record how the condition of the river has developed.

Sports psychologists from the University of Leipzig will take a look at the states of recovery and stress over the course of the project. Professor Anne-Marie Elbe explains that Hess has completed special training for this. There they practiced how to draw attention to things that give you strength in situations of great stress.

And students from the Mittweida University of Applied Sciences are making a documentary about the project. They are testing climate-friendly film production, as Professor Rika Fleck explains. Hess can build on previous experiences: in 2017 he swam along the German part of the Elbe, around 620 kilometers in twelve days. He also swam across the Strait of Gibraltar between Europe and Africa and covered the route from Sardinia to Corsica. "It's a lonely sport," he says, "because you can't hear or see anything."

1 Entry and surveillance: Venice wants to be more than... 2 Legislative 2022. Francois Bayrou will be supporting... 3 Ukraine war. France will buy oil from the Emirates... 4 SPD and Greens are in favor: FDP parliamentary group... 5 Rare attack from above: Ukraine reports its own air... 6 Mickelson plays new series: Golf superstar also wants... 7 "Planned and not impulsive": Up to 100 dead... 8 The Morning. People from Isere are furious at EasyJet;... 9 Inflation and Rising Rates: A winning combination... 10 Yvelines. He causes an accident, then flees by foot... 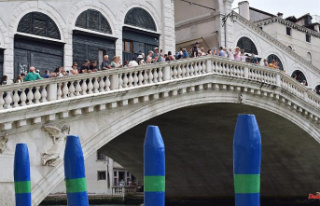